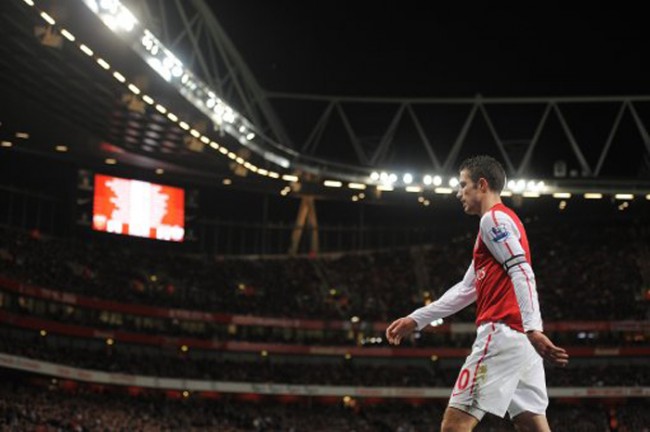 He may have failed to equal Alan Shearer’s 38-goal record for a calender year, but Robin Van Persie’s sole strike for the Gunners against QPR was enough to fire his side back into the top four on a day when their rivals slipped up.

Arsenal dominated the first half but once again, a failure to put away their chances was spoiling all their good play. Indeed, even Van Persie was guilty of missing a few decent chances. Another man struggling to find his best form was referee Martin Atkinson who didn’t have the best of games, missing at least one handball in the box by a Rangers’ players and mistakenly booking Thomas Vermaelen instead of Laurent Kosielny.

The visitors weren’t afraid to get forward themselves, but all too often were forced to defend in numbers. Theo Walcott highlighted his lack of composure in front of goal by skewing a shot wide in a one-on-one situation with Radek Cerny but eventually the goal did come. Andrei Arshavin was gifted the ball by Shaun Wright-Phillips before setting up Van Persie to fire home his 35th league goal of 2011, a haul which did at least break Thierry Henry’s club record.

That goal proved to be enough to secure all three points for the Gunners who capitalised on a bad day for their fellow top five sides.

Arsenal icon Henry was watching from the stands ahead of his loan move, but one wonders whether the superstar can provide the necessary cutting edge for the Gunners, something which the likes of Walcott, Arshavin, Gervinho and Chamakh lack.

As for QPR, the slide towards the drop-zone continues.