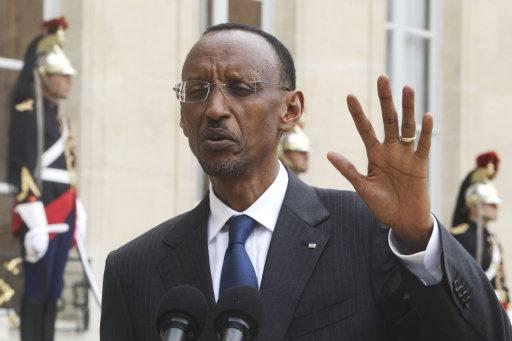 Wenger needs to buy five new players now, and five experienced ones at that…

Where would we be without Twitter? It provides us all with a never-ending conveyor belt of controversy and quirkiness, which us lazy writing types can quickly and easily fashion into a nice little story. The latest uber-Tweet to whet the appetite of us football obsessed smartarses has come courtesy of none other than the President of Rwanda, Paul Kagame.

The 54-year-old big cheese is a massive Arsenal fan and like many of his fellow Gooners, he is rather unimpressed with Arsene Wenger’s stewardship of the club at present.  Indeed, so unimpressed was Kagame after Arsenal’s defeat at the hands of Manchester United on Sunday,that he Tweeted:

“I very much support Arsenal – but to be honest Wenger needs to coach another team now and Arsenal needs another coach.”

“When a good team (players) and a good coach fail for long to deliver, one of them has to change, or even both!!”

“The real/main danger is for anyone to get used to mediocre/lacklustre performance and/or results and accepts to live with it … or keeps finding excuses for it!!!”

Many Arsenal fans will no doubt agree with the sentiment, which is sure to irk Wenger, who is aware of Kagame’s love for the club. Indeed, Wenger even wrote him a letter on his 50th birthday in 2007. I imagine Kagame won’t be getting another one from the Frenchman.

I can’t wait of Prince William’s scathing analysis of Alex McLeish’s managerial performance at Villa to appear across our social media platforms. Until then, this will have to suffice.