Shakegate has unfortunatley overshadowed what was a very entertaining cup game, lit up by two brilliant goals for City – Carlos Tevez scored a superb solo goal to open the scoring, before Shaun Wright-Phillips unleashed a rocket to double the hosts’ lead.

Arsenal didn’t play poorly, but for all their neat pass-and-move stuff, they lacked a cutting edge. Whatever you think of their abrasive manager, City played some dynamic football, especially Craig Bellamy, who I thought was excellent.

City’s reward is a two-legged semi against Manchester United – after the 4-3 thriller earlier this season, I can’t wait.

Photos of last night’s game below: 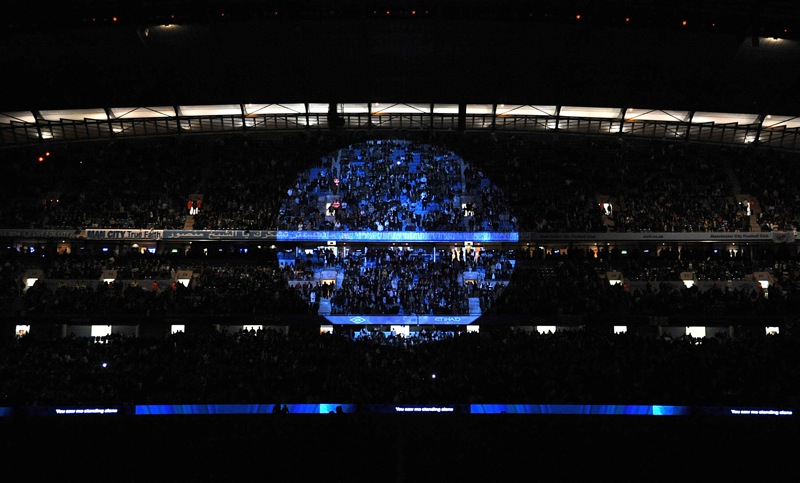 A blue moon is projected onto a stand before the game