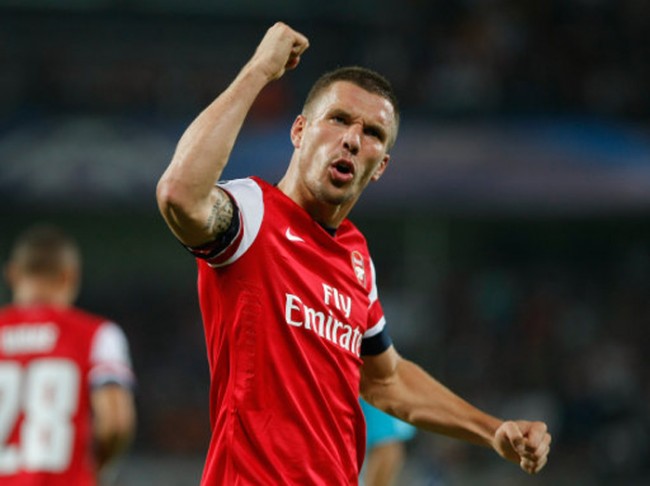 Arsene Wenger’s in-form Gunners were pushed all the way by French champions Montpellier in the south of France on Tuesday night, with the north Londoners virtually under siege for large parts of the second half.

The home side opened the scoring, somewhat against the run of play, when Thomas Vermaelen was adjudged (a bit harshly) to have fouled the excellent Younes Belhanda. The gifted striker chipped Vito Mannone in the Arsenal goal to put the home side a goal up. However, on 16 minutes the Gunners were back on level terms after some superb play ended with former Montpellier man Olivier Giroud setting up Lukas Podolski, who calmly finished.

Two minutes later, Carl Jenkinson rampaged forward before crossing for Gervinho, who prodded home from point-blank range as the visitors got into their stride.

After the break, Montpellier pushed and pushed for an equaliser as the Gunners wilted, but despite a few close calls, and with Arsene Wenger in the stands due to a ban, the Premier League side held on to secure a very handy three away points.