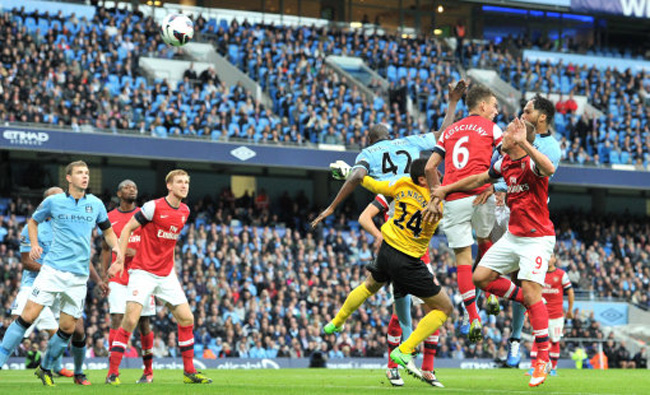 After an impressive and defensively sound start to the new season, Arsenal faced their biggest test so far at the home of the champions on Sunday afternoon. However, rather than falter against Man City’s star-studded side, the north Londoners gave as good as they got and were arguably unlukcy not to come away with all three points.

Joleon Lescott opened the scoring in the first-half, somewhat against the run of play, after Vito Mannone flapped at a corner. While Santi Cazorla and Aaron Ramsey impressed in midfield, all Arsenal’s good work was let down by some shoody finishing from Gervinho.

However, the equaliser did eventually come, courtesy of Laurent Koscielny, who smashed home after a weak clearance from Lescott.

Whether or not Arsenal are serious title contenders remains to be seen, but this performance shows, at the very least, how much they have developed since last season. As for Roberto Mancini and co, they are yet to find their best form.