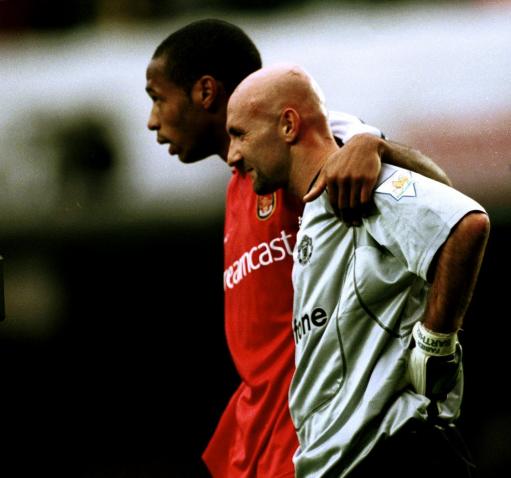 “Sorry about that mon amis. Made you look a bit of un numpty out there”

Alex Oxlade-Chamberlain has his own strand over on Arsenal TV, with this week’s ‘OX TV’ seeing the wee urchin tasked with recreating Thierry Henry’s gloriously fluid ‘swivel volley’ which the French fancy scored against Manchester United at Highbury back in 2000 at Arsenal’s training ground, armed with only three dummies and a Wojciech Szczesny (four dummies? *joke*) by way of assistance.

The Ox starts off by pinging a fairly decent facsimile of Henry’s volley in to the goal early on, but he’s not satisfied with the aesthetics – and so begins the rise of his ire. With every spluffed effort, young Alex becomes more and more annoyed and before long he’s resorting to blurting out some foul-mouthed expletives (“Oh, you smelly man!”) as his frustration gets the better of him…