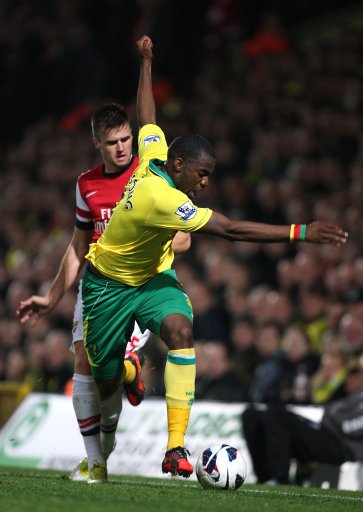 Arsenal have rubbed a local environmental group up the wrong way after it came to light that Arsene Wenger and the first-team squad chartered a private jet and took a 14-minute flight to Norfolk for their Premier League game against Norwich at the weekend.

Norwich and Norfolk Friends of the Earth have criticised the Gunners, calling their travel arrangements an ‘ostentatious display’, with group coordinator and spokeswoman Jennifer Parkhouse telling the Eastern Daily Press:

“I cannot see any reason why they would have flown, other that it being a rather ostentatious display of the players’ and club’s wealth.

“It is absolutely absurd. If the flight took 14 minutes, they must have spent more time getting on and off the plane than in the air.”

“Usually we take the train and there was no train available (for the 5:30pm kick-off), so in the end we decided to fly because we had to drive up on Friday afternoon at the moment when you never know how long it lasts.”

An official statement from Arsenal was also issued via a spokesman: “Given the severe disruption to rail services at the weekend the most time efficient option was to fly.”

Quite right, we can’t have Arsenal getting snarled up in rush-hour traffic on the team coach, becoming fatigued en route and then putting in a lacklustre performance and losing 1-0 the day after now can we?