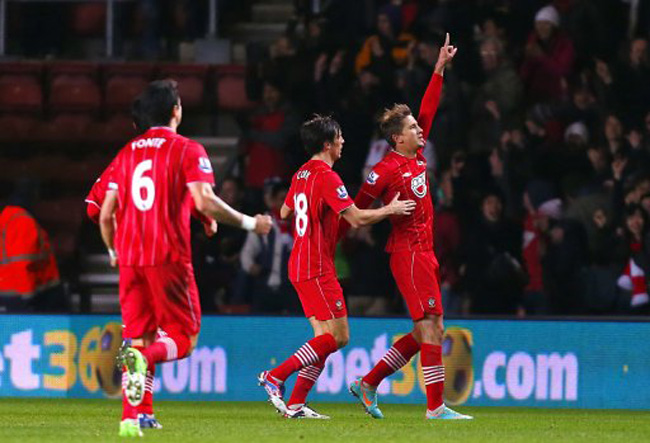 The Gunners produced a dismal display at St Mary’s in the late game on Tuesday, apparently having wasted all their good attacking play in their 7-3 win against Newcastle. Instead it was the home side who came closest to securing what would have been (arguably) a deserved win.

While the Gunners could only muster a pathetic one shot on target all game, the Saints threatened the visitors’ goal time and time again, with Gaston Ramirez opening the scoring after some truly appalling defending from the north Londoners. That goal came on 34 minutes, but just before half-time, the scores were level again after Guly Do Prado put through his own net from a Theo Walcott free-kick.

That free-kick was one of the few good things Walcott did, with the striker starved of service from his below-par team-mates.

However, ultimately, despite Southampton’s best attempts to nab a winner, the game would end all square.

With Aaron Ramsey and Gervinho two of the three subs Arsene Wenger brought on to change the game (along with Olivier Giroud), the Gunners’ boss desperately needs to add a bit of quality depth to his squad this month.

Southampton, however, will take heart from a fine display and a point which moves them clear of the drop-zone.