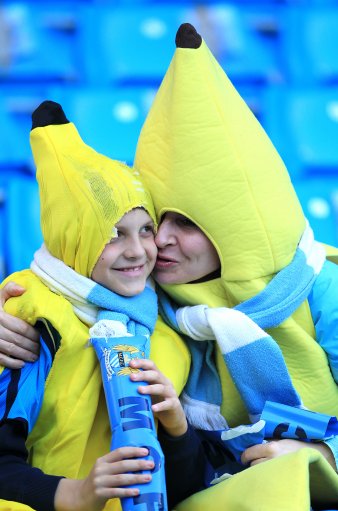 As you may be aware by now, Man City have today returned almost a third of their allocated tickets for Sunday’s game against Arsenal at the Emirates after fans balked and then boycotted over paying the frankly ridiculous £62 ticket price – and that’s even before you start factoring in additional expenditure like travel, food and watered-down, room temperature lager.

According to the Guardian’s number crunchers, exactly 912 0f City’s 3,000-ticket away allocation have been returned unsold. Can you blame City fans for taking umbrage?

The match is classed as a ‘Category A’ Premier League game and therefore demands the highest ticket price, with Arsenal fans also having to pay £62 for seats in the equivalent home section of the stadium – though we’re reliably informed that there are some tickets in the upper tiers which are selling for nearly double that.

Egads. The cost of an afternoon at the football is just far, far too high. I refuse to pay £25/30 to watch Forest in the Championship; I can only sympathise with those who have to deal with the Premier League’s piggish inflation and sucking greed on a week-to-week basis.

In a business where employees can apparently feel quite entitled to be indignant over ‘only’ being offered £50/60/80,000-a-week to play football, what chance do we – the proles herded through the turnstiles every weekend who part-fund this excess – really stand in keeping up with the exponential expenditure?

According to a mate of mine, it’s now £16 to watch Burton Albion in League Two. It may not sound like a lot comparitively but this is League Two we’re talking about. League. Two. It really isn’t long before the bottom falls out entirely.

Hopefully City’s stark refusal to pay marks the start of something. As with all football-related protests, the only clear way to turn the executive’s heads is to not turn up of a Saturday. They’ll soon realise they can’t continue to wring the wallets of their captive audience forever.