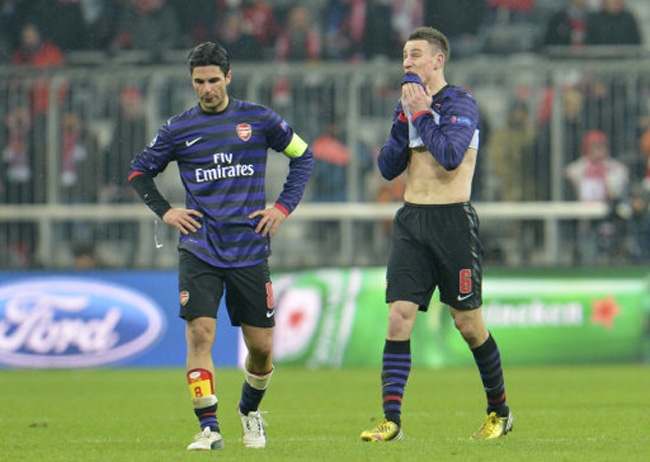 With a crushing 3-1 home defeat to Bayern under their belts, not to mention their hopes of qualifying for next season’s Champions League hanging by a thread, a bedraggled and under-pressure Arsenal travelled to Munich to play a side who are currently receiving as much praise as the Gunners are criticism.

However, rather than lie down and die, the Premier League side produced an outstanding display, with Bayern a shadow of their much-vaunted selves throughout.

Olivier Giroud gave the Gunners the perfect start after just three minutes after good work from Theo Walcott. Despite going a goall down, Bayenr struggled to respond as Arsenal looked comfortable in defence.

The game looked to be heading to a 1-0 win for the north Londoners when Laurent Koscielny headed home superbly from a corner to set up a dramatic finish. However, in the end, the Gunners (not helped by some poor refereeing) couldn’t find that third goal.

Still, a performance like that, with the back five of Gibbs, Mertesacker, Koscielny, Jenkinson and Fabianski playing with a very un-Arsenal-like sense of organisation and solidity, will surely give Arsene Wenger’s men a timely boost ahead of their top four quest.