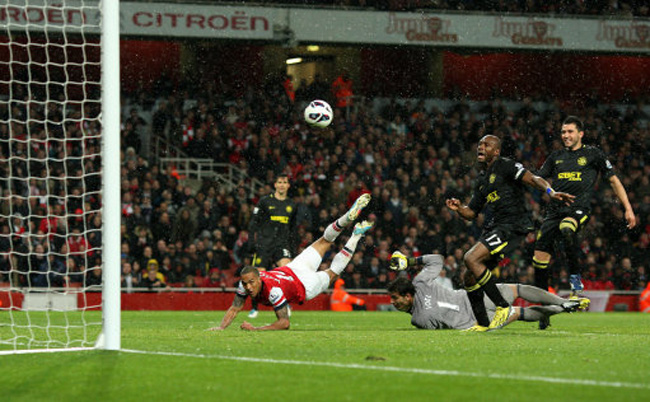 As the great Irish poet Ronan Keating once sang, “life is a rollercoaster”. And those words aptly describe Wigan Athletic’s drama-packed season, which will end with relegation to the second tier of English football.

Just days after lifting the FA Cup in an historic win against Man City, Roberto Martinez’s men were well beaten by an Arsenal side desperate for another year in the Champions League.

To be fair to the Latics, for serious periods of the game, they looked capable of producing yet another shock result against the big boys, with Shaun Maloney cancelling out Lukas Podolski’s opener on the stroke of half-time. But ultimately they were outgunned by the north Londoners.

Second-half goals came from Theo Walcott, Poldolski again and then Aaron Ramsey, with all four of those goals assisted by the outstanding Santi Cazorla.

Arsenal now need to beat Newcastle on Sunday (or match Tottenham’s result) to nab a top-four berth. Wigan, on the other hand, head to the Championship.