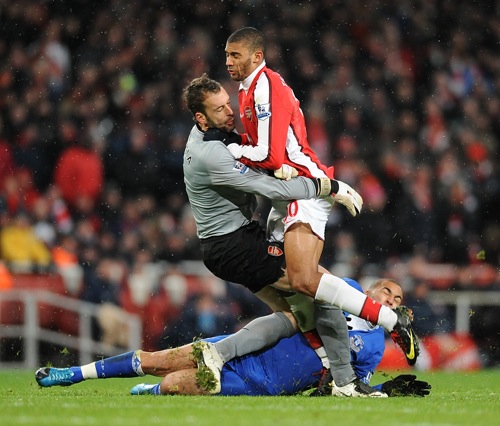 You are Arsene Wenger. Come the end of another trophy-less season, when your Arsenal team has finished third in the Premier League and been knocked out in the quarter finals of the Champions League (by either Chelsea or Man Utd), you take a long, hard look at your squad…

So, which three players do you choose to sell?

Armand Traore – Fine athlete, utterly useless defender
Lukasz Fabianski – 24 now and hasn’t done the business. Compatriot Wojciech Szczęsny, 19, is a much better prospect
Manuel Almunia Capable of making great saves, but doesn’t reassure his defenders at all. Now is the time for Wenger to upgrade his No.1

Who would you ditch? Let’s have it…