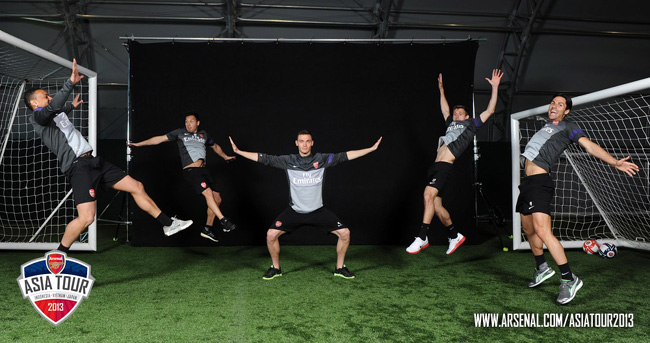 That’s the best thing Thomas Vermaelen has done all season

Staying down with da kids, Arsenal’s players have climbed aboard the latest internet fad whilst on their tour of the Far East. The Hadouken meme consists of photos of people pretending to have been hit by balls of lightning in a sort of Street Fighter/superhero stylee.

Anyway, at least it’s not another Harlem Shake video.

The players involved are Spaniards Mikel Arteta, Nacho Monreal and Santi Cazorla, Belgian Thomas Vermaelen and French squad player Francis Coquelin. With Arsene Wenger apparently on the look-out for a midfield enforcer this summer, this might be the last Gooners get to see young Coquelin in an Arsenal (training) shirt, so enjoy.