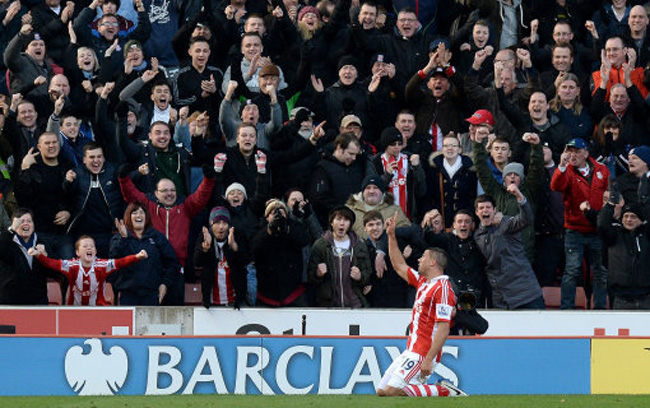 A rather limp Arsenal suffered a potentially fatal blow in the race for the title after coming a cropper against Stoke. The home side arguably deserved the win, with the only goal of the game coming after Laurent Koscielny handled the ball in the Arsenal box in the second-half. Jonathan Walters converted the resulting spot-kick to win the game for the highly-organised Potters. Indeed, the Gunners struggled to create any decent chances throughout the game, with sub Yaya Sanogo blasting over late on. While some of Stoke’s play was unsurprisingly ‘rugged’, Arsenal really under-performed and now trail league leaders Chelsea by a considerable four points.