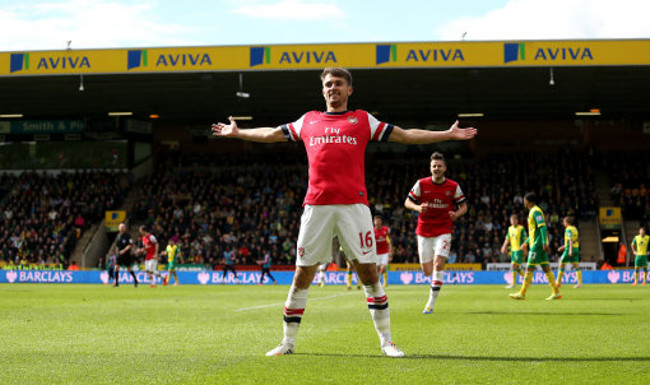 With Norwich already down (unless they had beaten Arsenal by around 18 goals) and the Gunners already booked in to the qualifying stages of next season’s Champions League, there was little to play for here. Ultimately, the visitors’ class told, with Aaron netting a superb volley before lifelong Gooner Carl Jenkinson added a second. Goalkeeper John Ruddy was the Canaries’ best player, making a number of superb saves against an Arsenal side with one eye on the FA Cup final.

Norwich now face next season in the second-tier while the Gunners will be hoping to end their trophy drought in the cup final.