They’ve already been bunging up signs in the streets around Islington warning the public to expect delays due to the onset of victory parades in the area, but now a photo has leaked of Arsenal’s gun-jumping FA Cup Winners 2014 parade bus stashed away somewhere in North London… 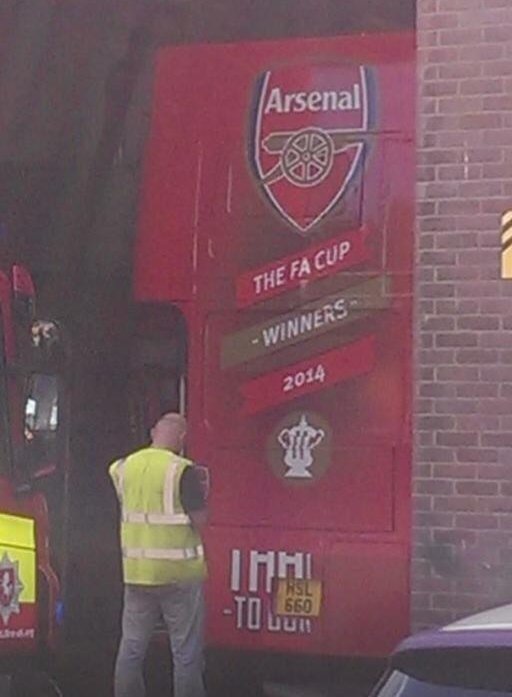 We appreciate that little things like victory parades take a bit of planning and foresight and all, but still – you feel that Arsenal may have written Steve Bruce’s team talk for him here.

Speaking of Bruce, just take a look at how Hull and their sponsors are preparing for Wembley…

Our Steve Bruce toilet seat will be auctioned off next week. Proceeds will go to The Smile Foundation @SmileF_Hull pic.twitter.com/85QR1iAlBc