Arsenal are reportedly staring down the barrel of a UEFA fine for the crowd disturbance which temporarily halted Tuesday evening’s 4-1 Champions League win over Galatasaray, despite all of the trouble emanating from the away section at the Emirates.

Around 3,000 or so Gala fans made the trip to north London for the game, with a hail of flares causing the game to be delayed for several minutes while the flames were extinguished on the pitch.

Photographic evidence has also revealed today that scores of chairs were vandalised, written on and torn from their moorings in the away end – causing several thousand pound’s worth of damage… 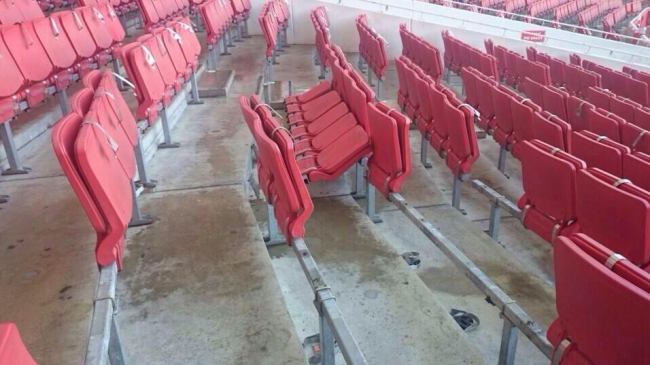 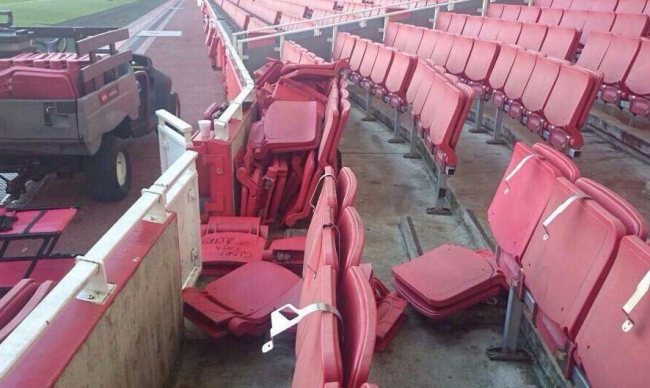 The Metropolitan police have also confirmed there were six arrests made before the match – two of which were fans attempting to enter the stadium with pyrotechnic materials.

The police have also confirmed that a flare was lit under a bridge near Finsbury Park before the game and then thrown outside the Tollington Arms pub in Hornsey Road.

However, it is Arsenal who will bear the brunt of the punishment after the Gala fans ransacked the Emirates, with UEFA due to charge the Gunners with “insufficient organisation” for their failure to control the rowdy visiting supporters.

We’d argue that attempting to reign in Gala fans is like trying to plait smoke, but hey ho.