A caged tiger…with a sore throat and a tickly cough

Former Arsenal striker/poser Nicklas Bendtner is the gift who keeps on giving.

Talking about his career at Bundesliga club Wolfburg – he joined them just 10 months ago, it should be noted – Bendtner offered this:

“Anyone who wants to write shit about me, and try to put me down, go ahead. This tiger will fight till the end”

In recent weeks, Bendtner, who has started just five matches since arriving in Germany, was dropped for arriving late for training and failed to turn up at a media event, citing a sore throat.

Bendtner being Bendtner, we expect him to show up to the next event and engage in a spot of ambush marketing, replying “Tunes” when asked if his throat is better and revealing the tip of a thermometer poking from the hem of his Strepsils-sponsored knickers. 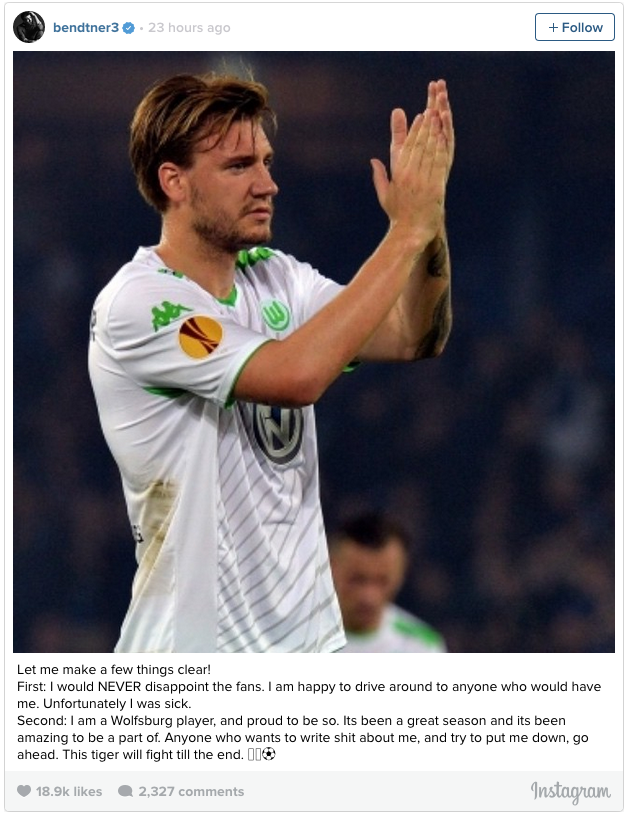 You’ve sat through his nonsense, no go and play the game…