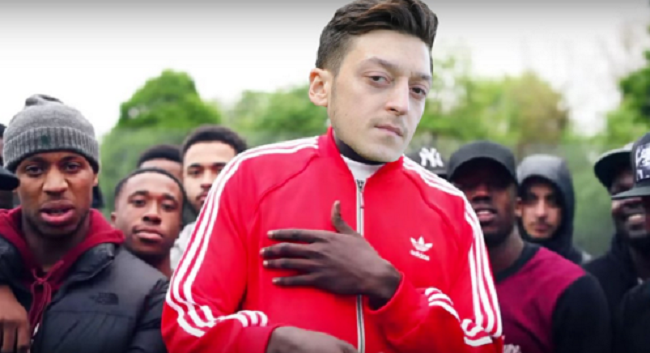 Say what you want about Arsenal fans (and there is much to say!), their social media game is second to none.

One member of the Gooner Twitterati, @Gunnerblog, has added to his collection of clever song parodies by posting a rather fine tribute to the club’s assist king Mesut Ozil.

Based around Stormzy’s ‘Shut Up’ grime anthem, the tune features a rather decent rap from ‘The Real Mr. Enigma’, whoever he may be.

It’s all rather good actually, with digs at Ozil ‘haters’ like David Moyes and a smattering of above-average wordplay. Have a listen/take a look…

“If you’ve got a World Cup, bring it out, best in the world so shut your mouth”!!

With 17 assists in the league this season, the German genius is now just three away from matching Thierry Henry’s Premier League record of 20 in one season.

And with the Gunners still very much fighting on a number of fronts, and with Euro 2016 on the horizon, this could be quite a summer for the rather unassuming 27-year-old.