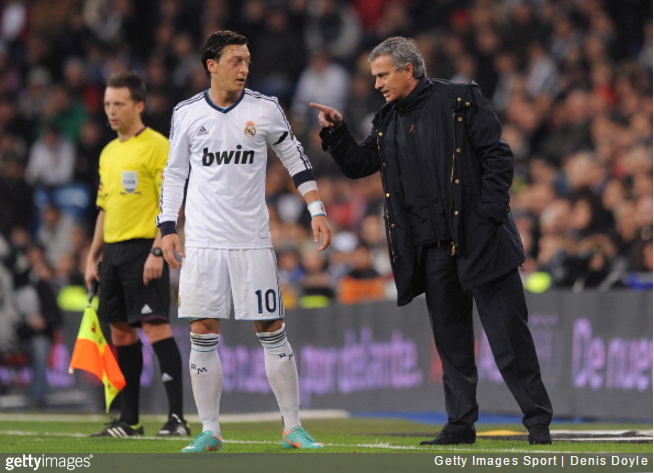 Writing in his new biography, Mesut Ozil has revealed that he almost had it out with Jose Mourinho during their time together at Real Madrid after being called a “coward” by his coach.

Released in Germany on 16th March, Ozil’s tome is now being serialised by BILD – which many Arsenal fans might see as slightly untimely, given the continued uncertainty over the author’s immediate future.

The passage about his dressing room spat with Mourinho was featured today, coming via Sports Witness:

Ozil claims Mourinho shouted things like “You think two beautiful passes are enough… You think you’re so good that fifty percent is enough.”

To build the drama, the Arsenal player writes: ‘He pauses. Stares at me with his dark brown eyes. I stare back. Like two boxers at the stare-down before the first round. He shows no emotion. Just waits for a response from me. How much I hate him right now. And I love Mourinho actually.’

The argument continued and Ozil eventually threw his Real Madrid shirt at Mourinho and told him to put it on.

Mourinho shouted back: “Oh, are you giving up now? You’re such a coward.”

“What do you want? To creep under the beautiful, warm shower? Shampoo your hair? To be alone? Or do you want to prove to your fellow players, the fans out there, and me, what you can do.”

Eventually the player realised Mourinho was right, and has admitted as much in his book, explaining it proved to be a valuable career lesson.

That’s what happens when you squash two polar footballing ideologies together – a manager who demands blood and a brilliant but brittle playmaker with an artistic temperament.