In the most un-Dench-est of news, former Arsenal midfielder and style icon Emmanuel Frimpong has announced his premature retirement from football at the age of just 27.

RETIREMENT FROM PROFESSIONAL FOOTBALL THANK YOU ALL GOOD BLESS👍🏿🙌🏿🙏🏿 pic.twitter.com/LaIYG6raw1

It is with great sadness I have decided to retire from professional football.

I have had problems with my knee for the last five years or so and have got back to playing at a professional level.

But since November 2017 I haven’t been in action as I had a tear in my knee ligament.

I decided with my own will that I will not opt for the operation since I was not enjoying football playing through pain.

I would love to thank all the clubs I have represented, Arsenal, Charlton, Barnsley, Fulham, Ufa, AFC Eskilstuna and Ermis for the love and support they have given and to the fans who always supported me. Thank you and let’s see what the future holds.

Spending time with my daughter and family the last year has made me realise I’m blessed.

There goes one of the good guys – a little scatterbrained in his youth, but a good guy nonetheless.

Frimpong came through the Arsenal youth academy and went on to make just 11 competitive appearances for the Gunners in six years.

He did spend a lot of that time away on loan, including a brief jaunt to Barnsley in 2013 that he could not have looked more nonplussed about if he’d tried… 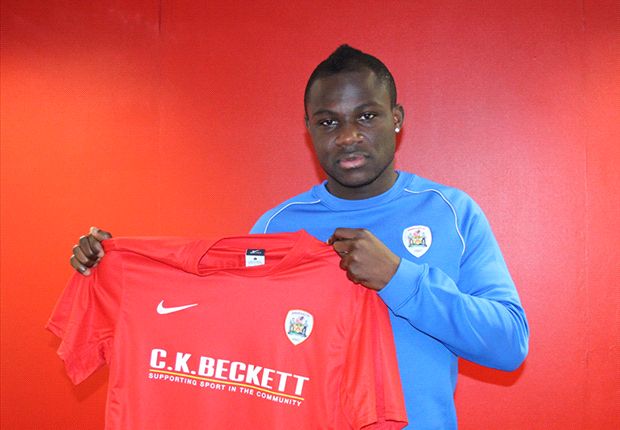 Of course, Frimpong was also famed for making ‘Dench’ a literal thing, going on to create a Denchmpire (Dench empire) with his cousin, grime star Lethal Bizzle.

Indeed, Frimpong even made a guest appearance on a Bizzle track, the 2012 remix of ‘Leave It Yeah’, in which he repeatedly threatened to ‘Frimpong’ people…

As well as all the gadding about, Frimpong can also retire safe in the knowledge he achieved one childhood dream by playing for Arsenal and another by actually playing in a full and proper football match with the word ‘Dench’ on the back of his shirt – and written in Russian, no less…

He worked towards breaking down barriers too, defying racist and homophobic fans to carve out a decent career in Russia with unfashionable Ufa, spending two years at the club.

The mischievous midfielder still managed to hit the headlines several times, whether it be for getting sent-off for being racially abused, or for celebrating goals by playfully grabbing his teammates by the gonads…

While we’re all going to miss the Frimp, one man who will definitely miss him more than most is his former Arsenal teammate Jack Wilshere.

The pair came through the Arsenal youth ranks together and the news of his old mucker’s retirement was met with a warm message from Wilshere on Twitter.

From under 11’s to first team…Frimmy it was a pleasure my friend! Good luck to you and your family in the future mate. Happy retirement @IAMFRIMPONG26

Indeed, it was a very special friendship they shared… 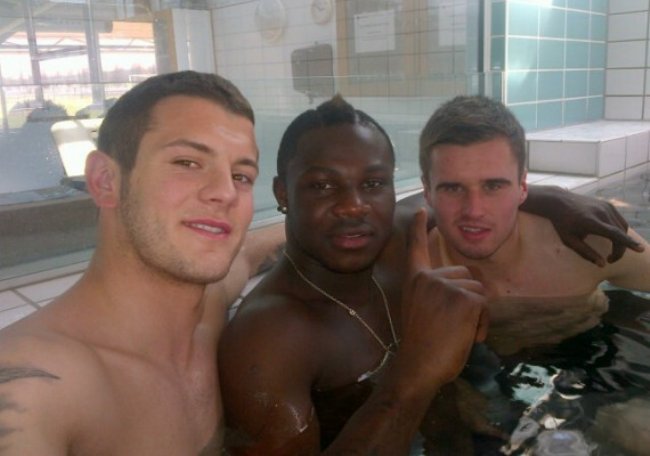