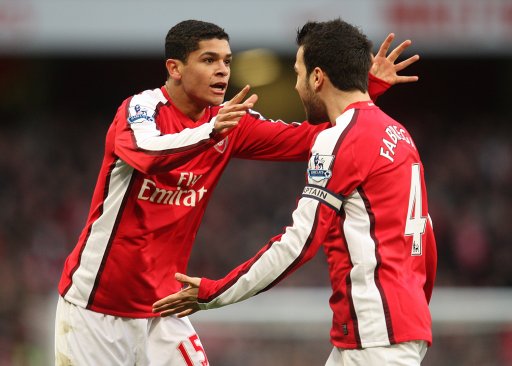 Arsenal’s tag-along midfielder Denilson has done what any right-minded fellow would do hours before an FA Cup third-round replay in which he was due to start, and got stuck into his club captain, Cesc Fabregas, criticising the Spaniard’s apparent lack of leadership skills.

In an interview with Arsenal Brasil (published in English on Arseblog), the 22-year-old said:

“We are lacking leadership and we need leadership to go forward. There isn’t a leader. I don’t see one player as a leader.

“At Arsenal it’s more of a collective team at the moment, everyone is talking – but a leader is always important for a team.

“Fabregas is the captain but he is not a leader. It’s a personality thing and a leader can be young. It’s something they are born with.”

Nice one Denny, that’s how you win over the doubters.

Do you think he may have a point (Cesc does tend to get a bit mopey when he’s under the cosh)? Or is he, as per usual, talking utter cobblers?

UPDATE: Cesc attempted to clear up this tabloid mess via Twitter, posting this blurry pic of him and Denilson in a chummy pose: 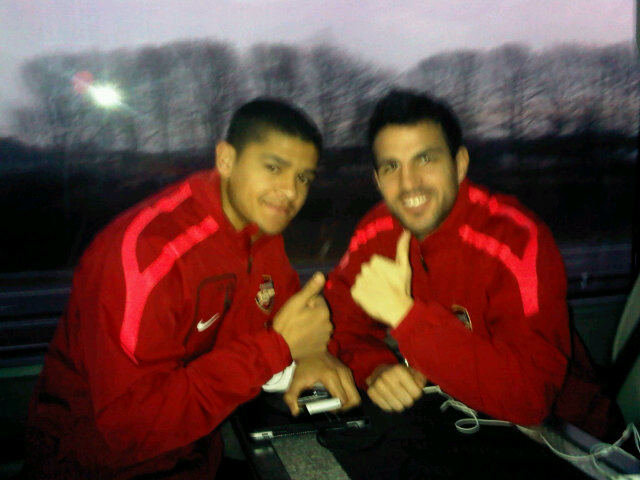 It was all a big “misunderstanding”, says Cesc. Fire, meet extinguisher.