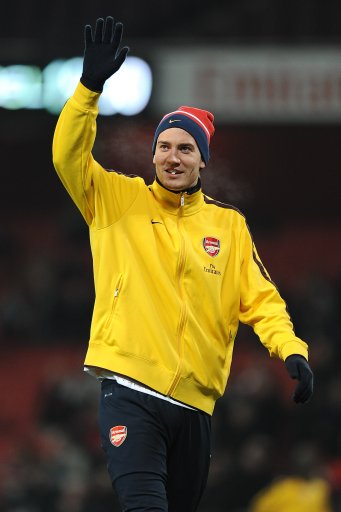 Arsenal striker Nicky Bendtner believes that the £52,000 he earns on a weekly basis is perfectly justified, chiefly because of the skiing jaunts his chosen profession causes him to miss:

“Somehow I believe that we must be worth our salaries because that is how the mechanism of society works. As long as I work as hard as I can, I believe I am worth what is coming my way.”

“I pay a big price with my body, my time and with never being able to have privacy when I am out.”

“I don’t complain about that. It’s a part of being a professional footballer but it’s definitely a price to pay.

“Again, I am not complaining but I love to go on a skiing holiday but as long as I have my career I can’t do that because of the risk of injury.”

Having only started one game for the Gunners so far this season despite being the ‘greatest finisher in the world’ (© Nicklas Bendtner), Bendtner also went on to admit that he will be considering his future at the Emirates come the end of the current season:

“I will play this season to the end as an Arsenal player and then make a decision on my status in the summer.”