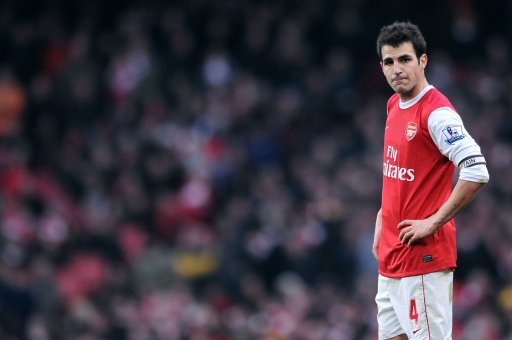 Hours after Jack Wilshere concocted his evil plan to usurp Barcelona on Wednesday night, Arsenal captain Cesc Fabregas has gone on record as saying that his side shouldn’t get hung up on Barca’s obvious footballing superiority and just ‘play without fear’.

Fabregas is quoted in this morning’s Sun as saying:

“We don’t have to worry too much about them, we just have to play with no fear and play our game.

“We respected them too much last season (a rag-tag Arsenal side were walloped 6-3 on aggregate at the quarter-final stage of last year’s Champions League), in the first half especially.

“We know they are the best team in the world and it is a big task for us. We have a young team but one with a lot of quality and energy.

“It is difficult to learn from last year’s games. They are such a good team. Even if you know everything, they have so many quality players that can make the difference.”

As an aside, Barca have already netted a rather impressive 71 goals in 23 league games this campaign (15 more than Arsenal, in three fewer games).

Feel free to make of that what you will.