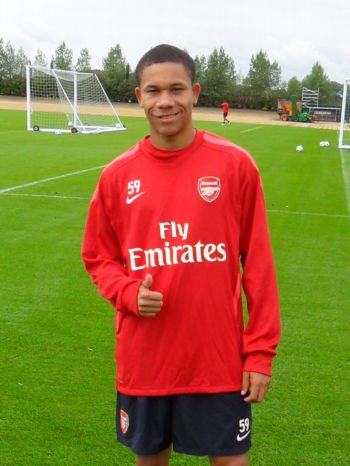 I can haz pizza?

According to today’s Daily Mirror, Arsenal youngster Wellington Silva has been given a ‘major dressing-down’ after admitting to eating nothing but pizza and spending his evenings Tweeting away until the early hours of the morning.

The Brazilian starlet is currently on loan at Spanish side Levante due to complications with his work permit, and has incurred the wrath of coach Luis Garcia after being reported by club officials for ‘using social networking sites way after midnight’ and ‘eating badly at a local pizzeria’.

“I want him to be more professional in his behaviour. Arsenal want us to work and help him and not only in terms of football.

“We’ve drawn up a programme for him and I want more time spent with his team-mates to help him settle and with the different language.

“He does have a problem settling in, being lonely. It’s important that he has someone to help and guide him.”

Let Cesc do it. He’s pretty handy when it comes to throwing pizza away.