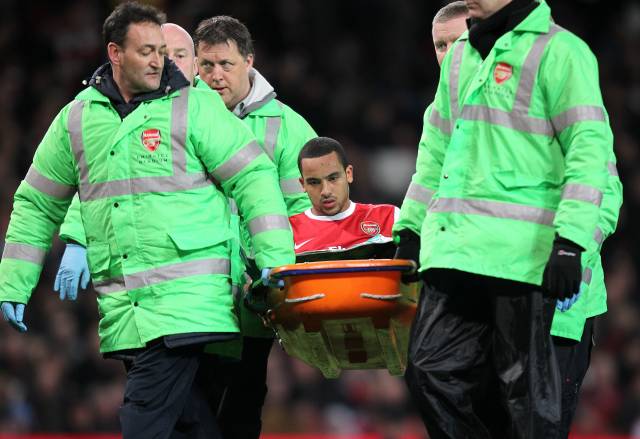 The Good News: Arsenal spirited themselves to within a point of Manchester United at the summit of the Premier League (though United still have a game-in-hand), after an eighth-minute Seb Squillaci header proved enough to secure the Gunners a deceptively narrow 1-0 victory over Stoke at the Emirates last night.

The Bad News: Theo Walcott has been ruled out of the Carling Cup final on Sunday after spraining his ankle and leaving the pitch on a stretcher, and captain Cesc Fabregas is also a major doubt for the game after hobbling off after just 14 minutes with a hamstring injury.

After the game, Cesc vowed ‘not to sleep’ until Sunday if it means he’ll be fit in time to make the Wembley showpiece:

“I dont know if I’ll make Sunday or not, but all I know is that from this moment to Sunday I won’t sleep if it’s necessary. I’ve waited too long to captain a final for Arsenal and I won’t give up till the last second.”

Arsene Wenger also confirmed that Robin van Persie (who sat out the Stoke fixture with a hamstring twang) may not recover in time and will have to be assessed ahead of the final.

Time to get the horse placenta out? 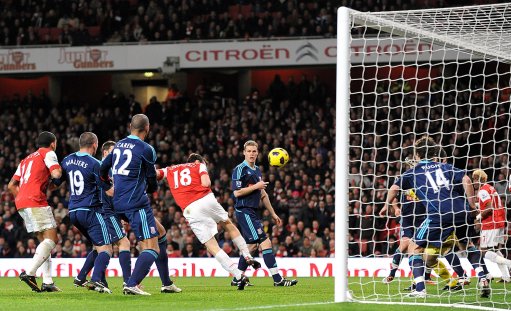 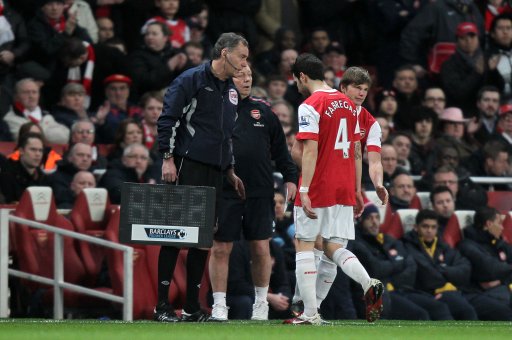 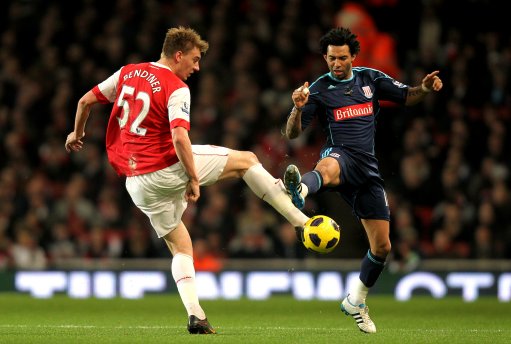 Nicklas Bendtner and Jermaine Pennant scrap for the ball 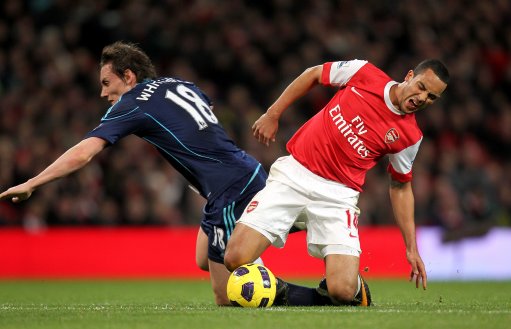 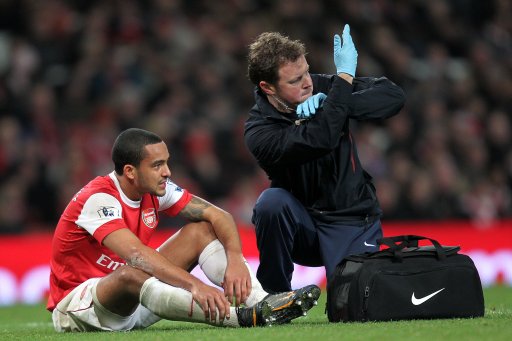 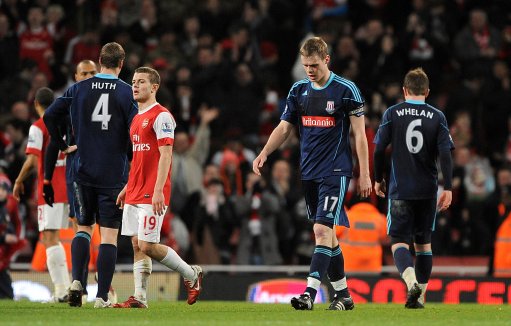