Guy Mowbray: ‘There must have been some kind of lapse in communication…” 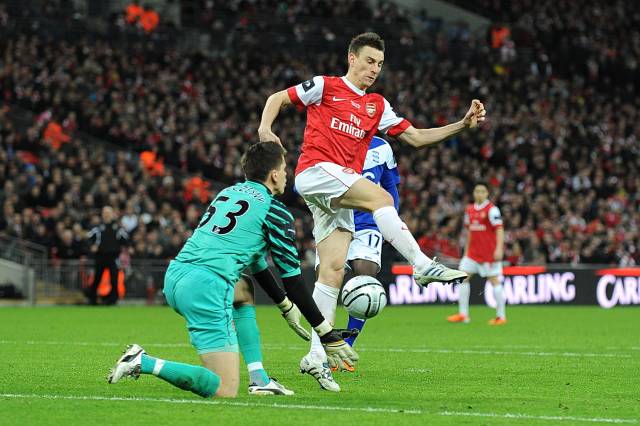 First of all, what a truly fantastic game of football!

For a match that could have very easily strayed into the realms of tedious caution considering the historically-weighted prize at stake, both Arsenal and Birmingham played at a lung-shrivelling tempo throughout in a tie that had a peppering of just about everything – goals, endeavour, barely-concealed aggression, brimming temper, stymied players soldiering on through the pain barrier and of course, a horrendously monumental cock-up to cap it all off nicely.

With the scores level at 1-1 and with just 1 minute and 49 seconds of normal-time left to play, Ben Foster’s arcing salvo was glanced on by Nikola Zigic and with no Birmingham player within a three-metre radius, Arsenal duo Wojciech Szczesny and Laurent Koscielny (who must shoulder the majority of the blame) conspired to fart the ball out from between themselves and into the path of Brum substitute Obafemi Martins who presumably pinched himself to check that he hadn’t just fallen asleep on the bench and then, in his own words, ‘won it’…

Speaking after the game, Arsene Wenger admitted that both Chesney and Koscielny were left ‘destroyed’ by the mix-up, a blunder Wenger went on to describe as a ‘bitterly disappointing lack of communication and determination to take control’.

I think you may have it in a nutshell there, Monsieur.

So, hearty congrats go out to Big Eck and his Birmingham side who, regardless of Guy Mowbray’s constant patronising (‘Barry Ferguson just did a Nasri’, ‘Zigic knows he’ll never be the best player in the world’, etc…), just about shaded it on the day with a mean mix of stylish, tenacious and effective football. 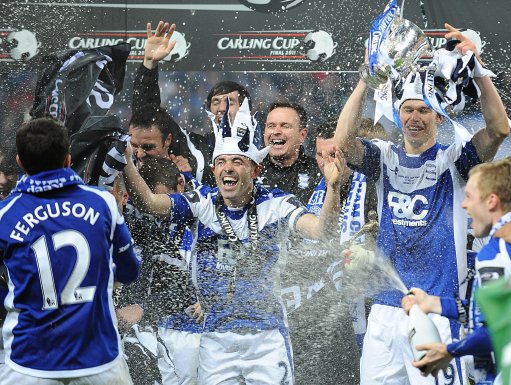