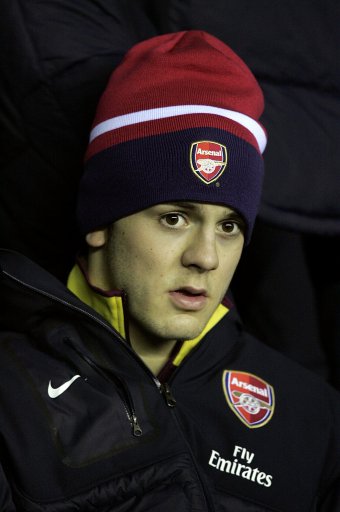 Birmingham manager Alex McLeish has (in a round-about way) branded Jack Wilshere a ‘cyber-bully’ after the Arsenal midfielder took to Twitter to call out Barry Ferguson for slapping Laurent Koscielny on the head during the Carling Cup final last weekend.

Ferguson appeared to taunt the Koscielny as the centre-back knelt dejected on the Wembley turf after gifting Birmingham their winning goal, which led Wilshere to tweet:

“Well done to the BCFC player who slapped Koscielny on the head when they scored, very big of you!”

“It’s not my world, Twitter and all that stuff. Cyber-bullying is not for me. We’ll draw a line under it and move forward.”

Just hang on a tick, who’s the bully?

McLeish also confirmed that Ferguson had struggled through the last 30 minutes or so at Wembley with a broken rib:

“For him to play for another half-an-hour, it shows his pain threshold. It’s frightening but it shows the character of the guy to do that.”

No offence Eck, but of the two incidents, we’re fairly sure which is more indicative of Barry Ferguson’s character.