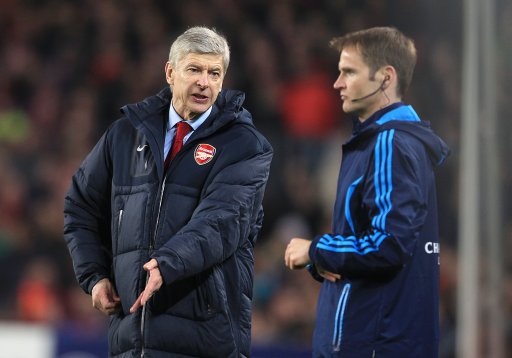 Arsenal pair Arsene Wenger and Samir Nasri have both been charged with ‘improper conduct’ by UEFA’s disciplinary committee over comments made to referee Massimo Busacca during last night’s Champions League tie with Barcelona.

UEFA have also confirmed that Arsenal are facing a secondary charge after being held responsible for both the first and second halves of last night’s game starting late.

The icing on the dog turd, so to speak.

Both cases will go before UEFA’s Control and Disciplanary Body on 17th March, with Wenger and Nasri each staring down the barrel of a two-match ban should they eventually be found guilty of saying angry nasty words to the ref man.