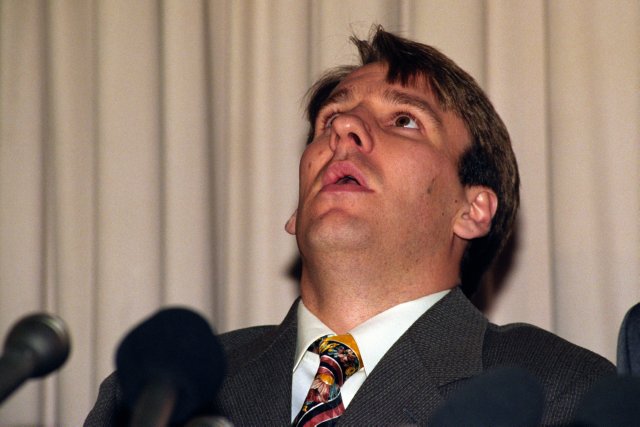 Former Arsenal midfielder Paul Merson has revealed how, shortly after Arsene Wenger took over in 1996, Arsenal players were regularly driven to a hotel in London and injected with a mysterious yellow serum on the day before big games – and that the squad were also instructed to take super-strength caffeine pills in the dressing room before kick-off.

Speaking to French magazine So Foot (who seem to have a bit of a knack for eeking a decent interview out of the clear blue), Merse said:

“On the eve of big games we would go to a Holiday Inn in Islington where a yellowy product was injected into our arm.

“I never asked myself any questions (because it took the edge of the fluff?). From the moment you trust a manager you take everything he asks you to.

“Just before kick-off for a game against Blackburn, Arsene gave us a dark tablet. It was pure caffeine, the equivalent of 10 cups of Starbucks.

“My heart started racing, 30 minutes later that was still the case.”

A spokesman for Arsenal has already nipped any Rocky IV-esque conspiracy theories in the bud, claiming the intravenous liquid that the club administered to the players was ‘a simple multi-vitamin injection’.