The relief was almost tangible as Arsenal began life after Cesc with a win last night, beating Udinese 1-0 in the first leg of their Champions League play-off at the Emirates thanks to a fourth-minute Theo Walcott goal.

However, the narrow victory wasn’t overly convincing, with the Italians going close on several occasions – particularly Antonio Di Natale, who clipped the woodwork twice and forced a decent save out of Wojciech Szczczczczczcney in the first-half.

It’s probably fair to say that Udinese deserved a draw out of the game at the very least and that next week’s second leg is far from a formality as far as the Gunners are concerned. 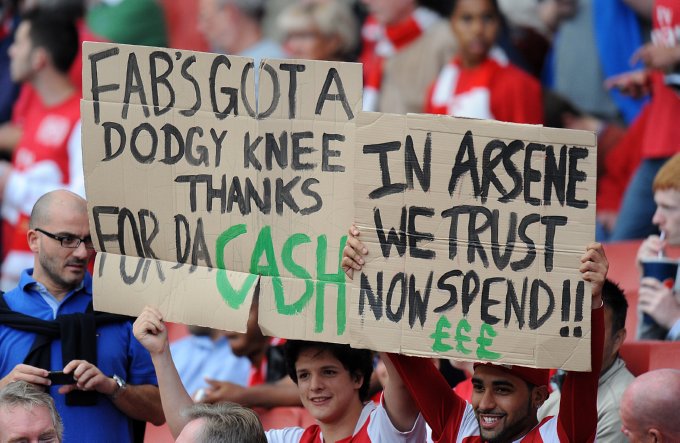 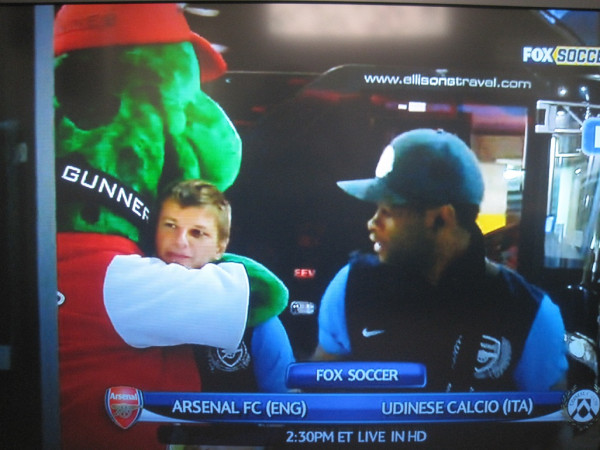 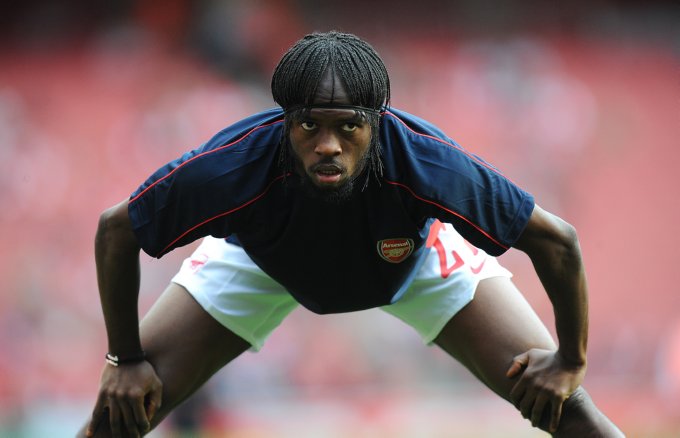 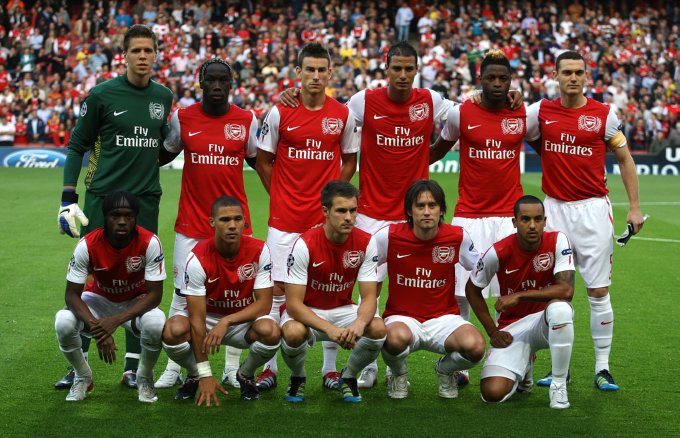 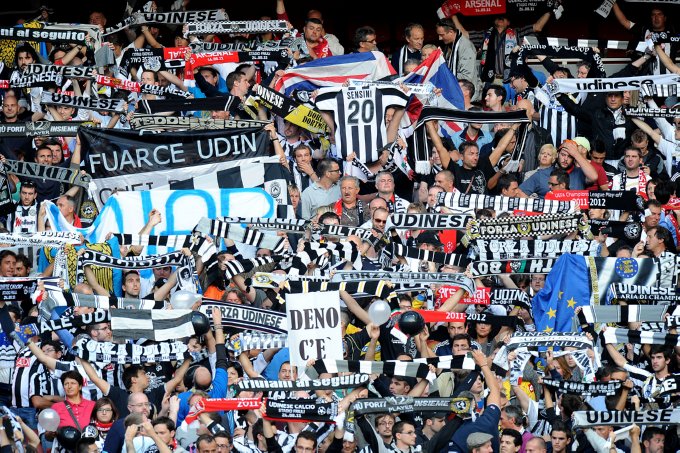 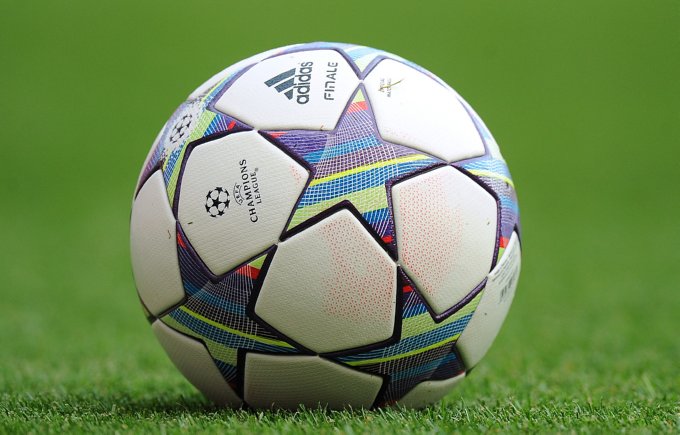 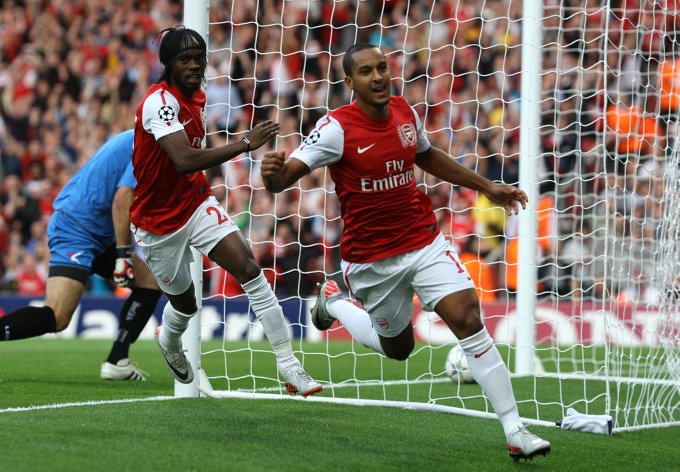 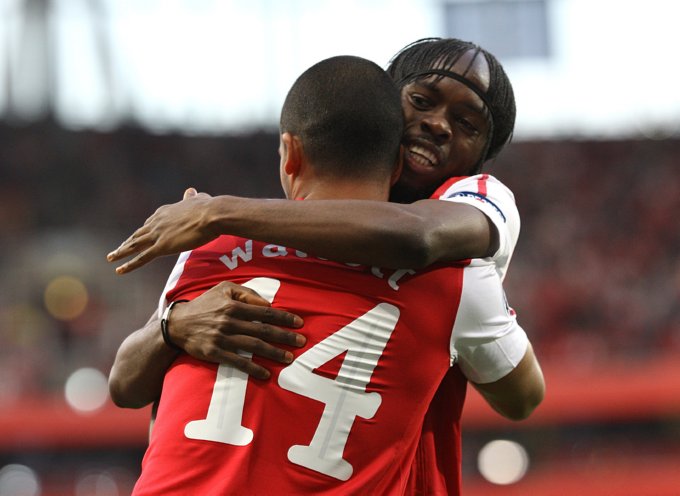 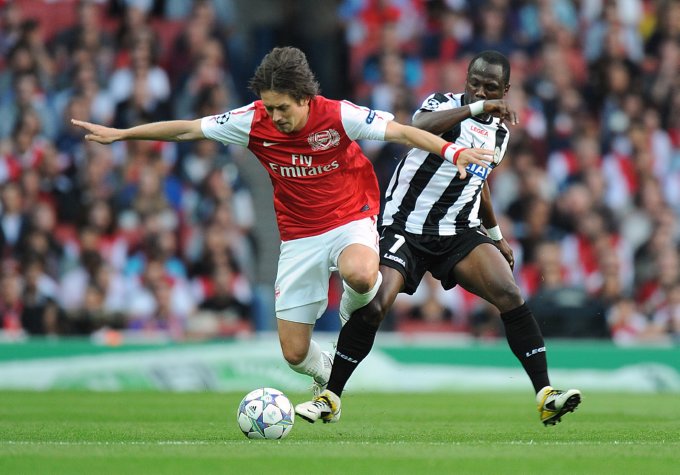 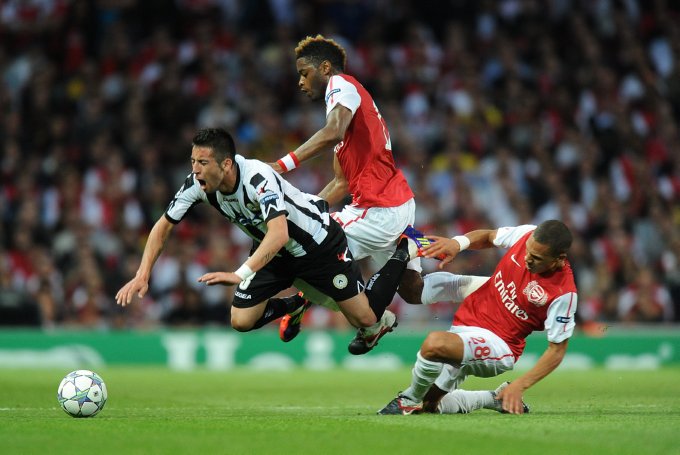 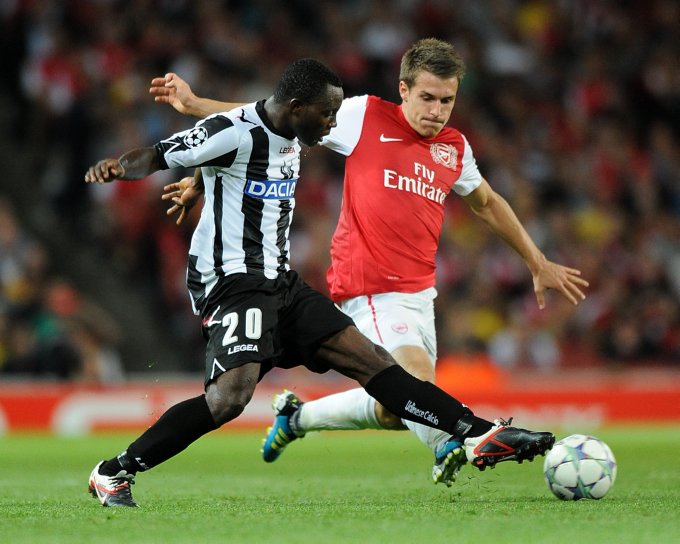 Kwadwo Asamoah and Aaron Ramsey tussle for the ball 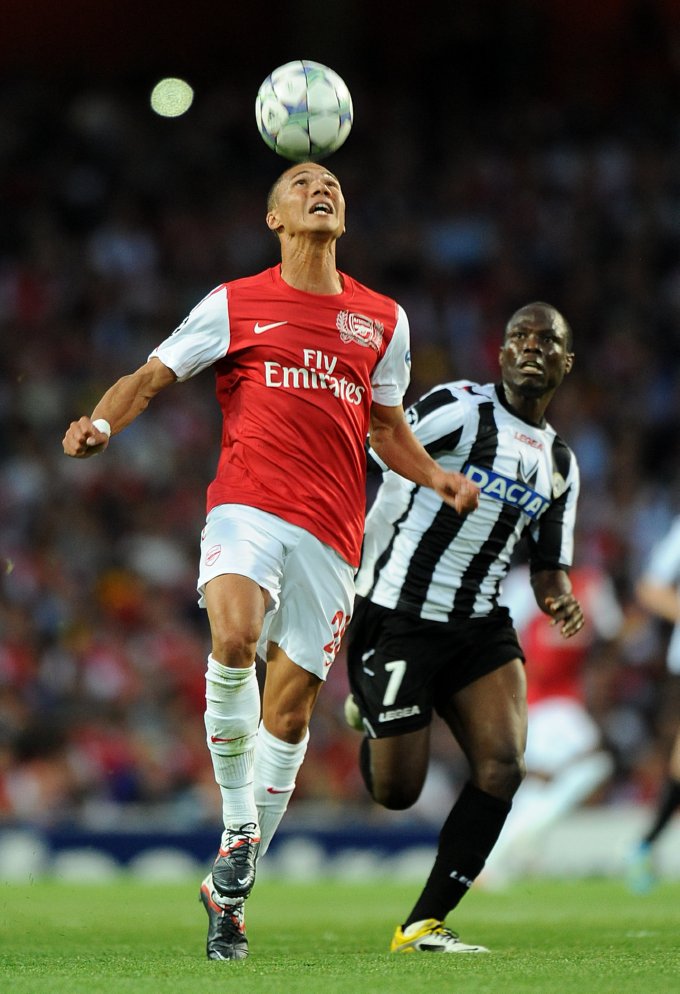 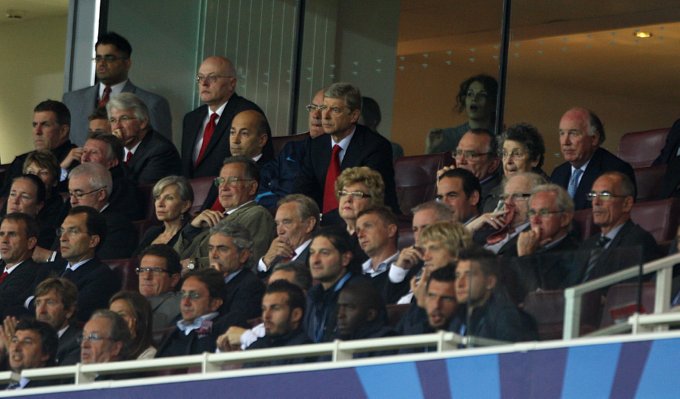 Due to a touchline ban, Arsene Wenger is forced to watch the game from the Director’s Box at the Emirates. The Arsenal manager is now facing further disciplinary action after UEFA found that he communicated with the bench despite being warned not to 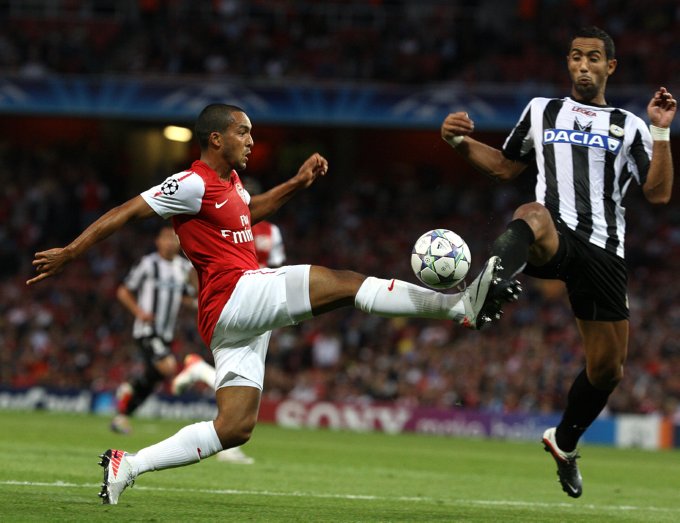 Theo Walcott attempts to nudge the ball past Mehdi Benatia 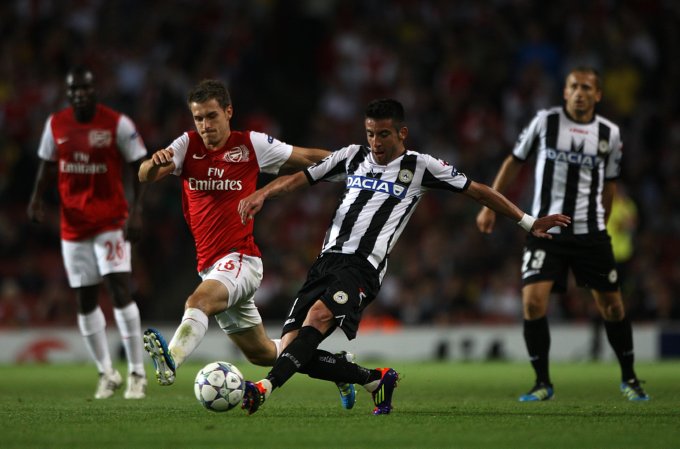 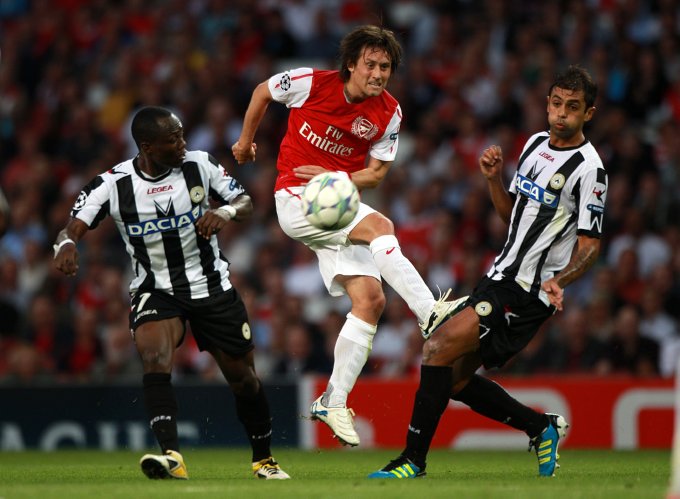 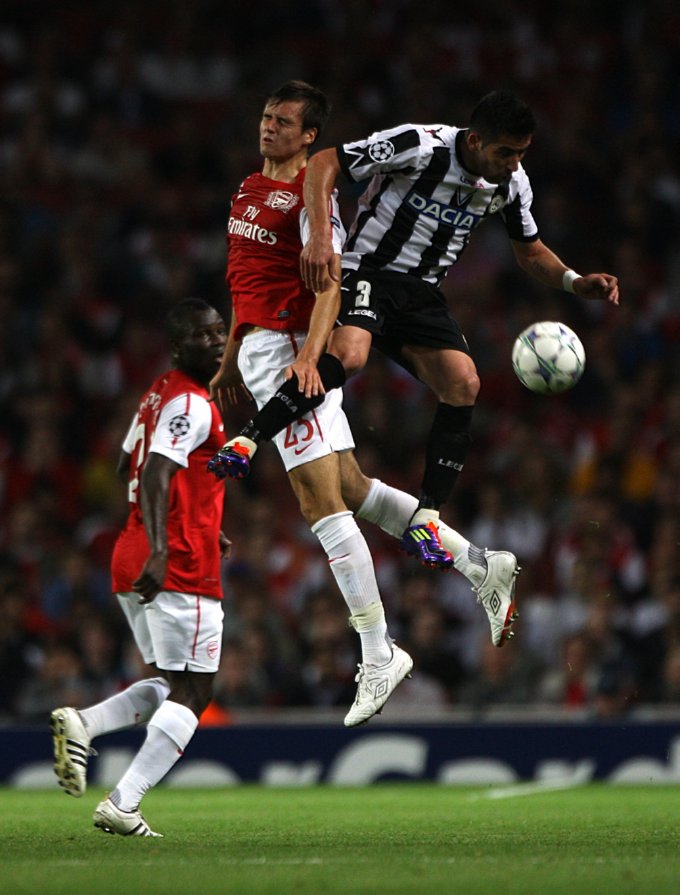 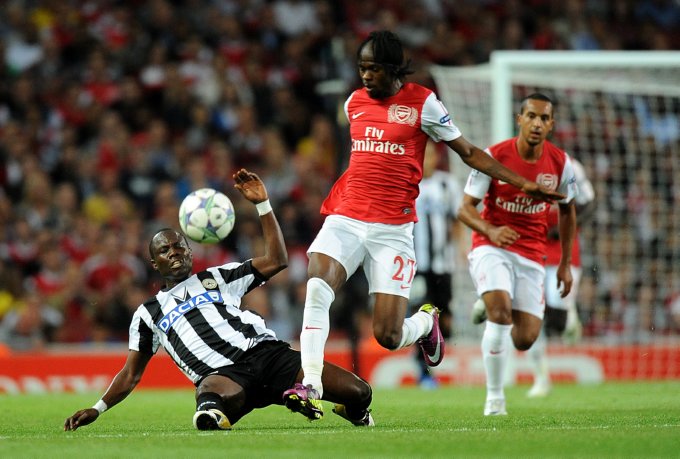 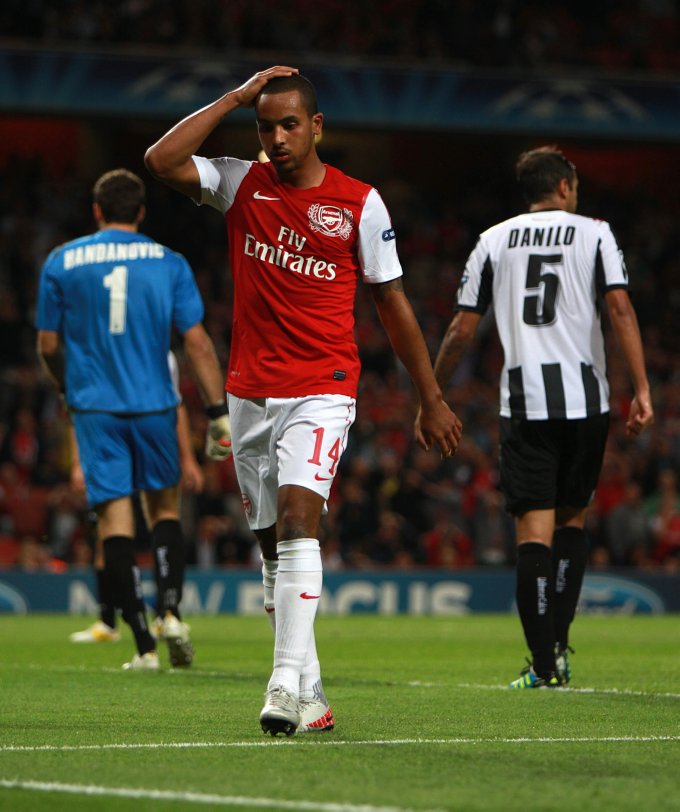 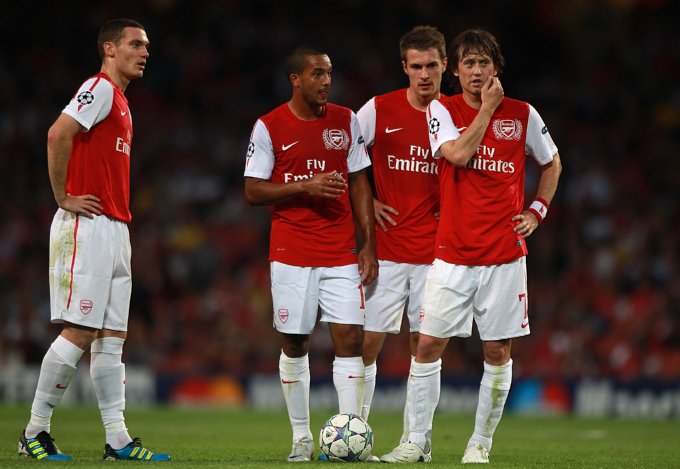 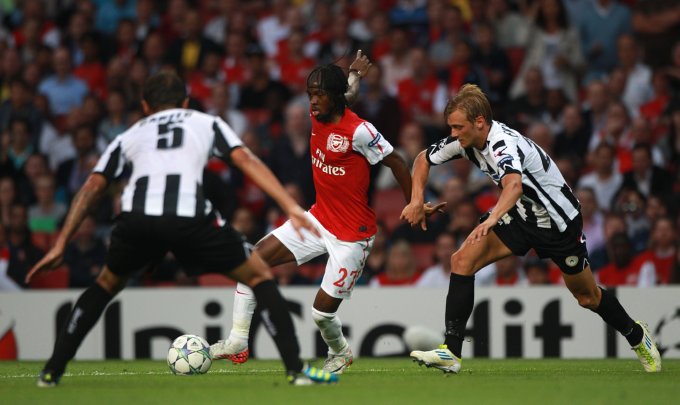 Danilo Larangeira looks on as Joel Ekstrand closes down Gervinho 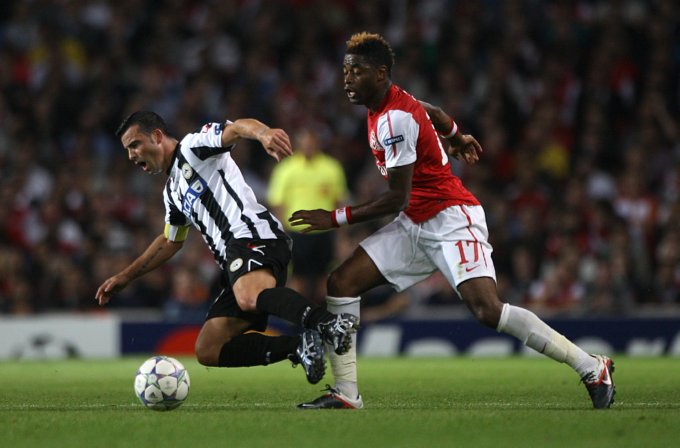 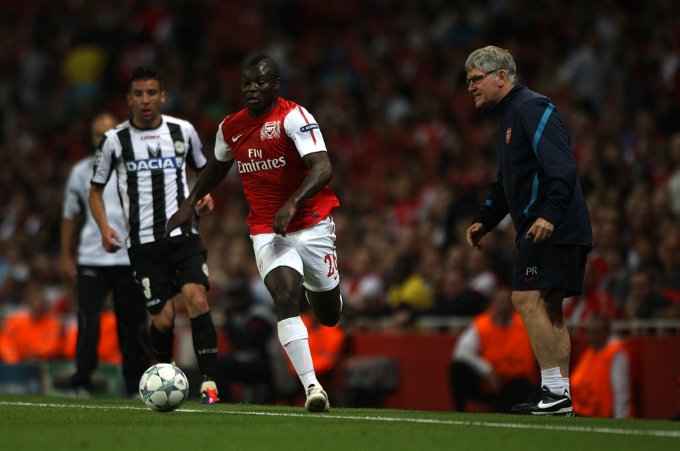 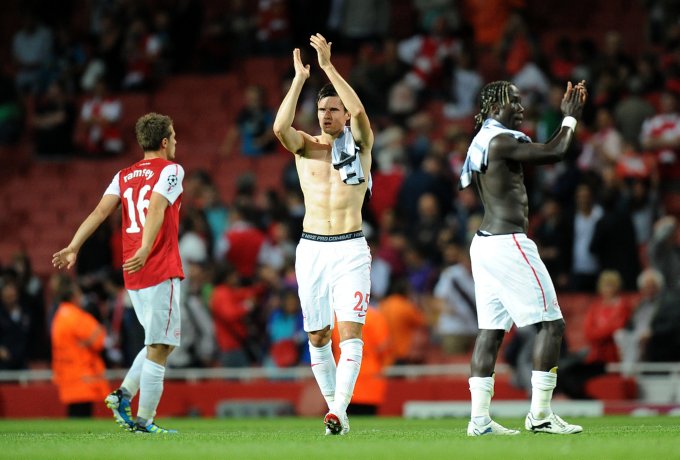