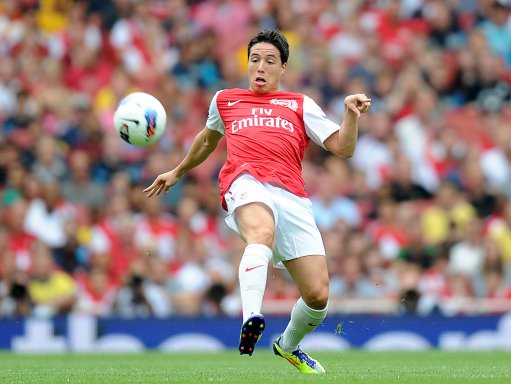 With a move to Man City lingering, it seems that Samir Nasri is rapidly approaching the end of his brief, intermittently scintillating tenure at Arsenal. However, due to a whole heap of mithering over agent’s fees, it is unlikely that a deal will be struck before Wednesday night – which just so happens to be the evening that Arsenal attempt to defend their narrow first-leg Champions League play-off lead against Udinese in Udine.

You may well of noticed that, despite being on the verge of leaving and despite being roundly sounded out as a ‘c**t’ by his own supporters in the game previous, Nasri actually took to the field for Arsenal against Liverpool on Saturday and the word on the wire is that the Frenchman may also start for the Gunners in Italy tomorrow night.

Which, in and of itself, is perfectly legit, seeing as though he is indeed a registered member of their first-team squad and all.

Of course, Arsenal are well within their rights to field one of their better players as the club’s Champions League fate hangs in the balance, though the decision to field Nasri against Udinese on the eve of a move to City could only really be seen as a vindictive ploy on Wenger’s behalf.

As you’re probably aware, Wenger would be knowingly cup-tying Nasri for all of City’s European games for the rest of the season, an eventuality that Roberto Mancini has called ‘unthinkable’. 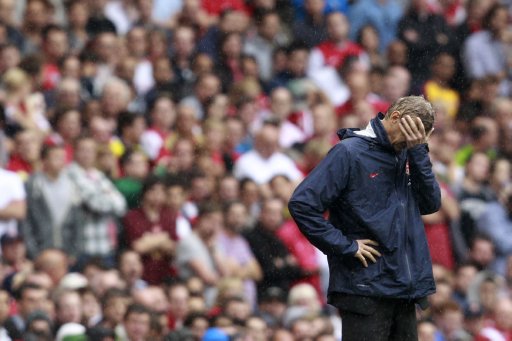 It would seem that several media organs are intent on having us believe that Arsene Wenger is falling apart at the seams – slowly sliding into a catatonic, reclusive madness. After all, with Cesc gone and his inflatable water-slide packed up until next summer, what does he have to live for?

His ‘crazy, drowned-rat hair rub’ on the sidelines as Arsenal fell to Liverpool over the weekend was pin-pointed on MotD as some kind of public breakdown. It was, of course, just teeming with rain.

The man speaks 50-odd languages for Christ’s sake – including several defunct Mayan tongues and Klingon – it’s not as if the completely over-cooked loss of one homesick Catalan mard-arse is going to pick apart his central cortex overnight, now is it? I’m fairly sure that his faculties are little more deep-rooted than that.

However, due to this new public depiction, we’re still led to believe that, after being backed into a corner by City and their burly, wallet-wielding henchman, this entirely fabricated crazy ‘Joker-Wenger’ is going to lash out one last time and ‘poison Gotham City’s water supply’ by bringing on Nasri for the last 30 seconds against Udinese. 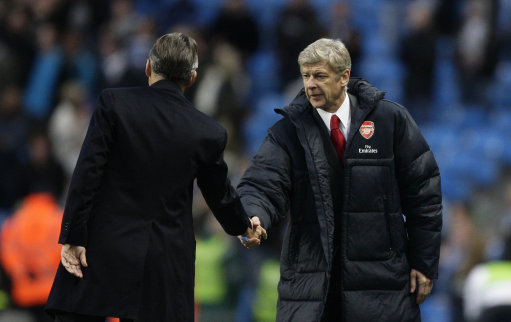 Realistically speaking, if Wenger opts to play Nasri then Man City will be forced to pull out of the deal and pursue other options if they don’t fancy blowing £25 million on a marquee signing that can only play domestically – a fact that Wenger himself must be aware of.

This last desperate shit-flick-to-the-eyes (only brought about by sheer, anomalous fixture list-related serendipity) would ensure that he will be able to hold on to the player for another six months at the very least – though another six months of surly martyrdom from the ‘talent’ is unlikely to be particularly well received at the Emirates this season.

Truth is, it’s a bit of a pickle, and so the question that goes out is this: should any given manager venture only to serve the needs of his own club, or would fielding Nasri tomorrow evening just be one colossal (if slightly amusing for the neutral) dick move on Wenger’s part?