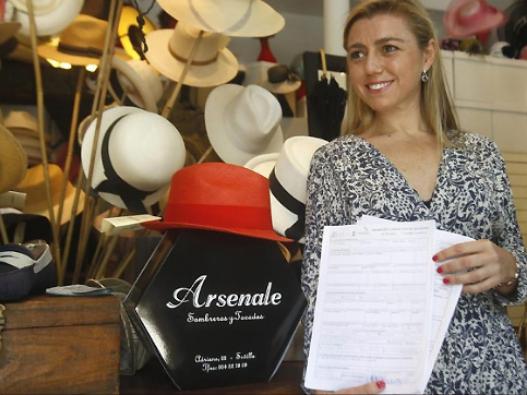 Arsenal have won a court case in Spain which will force the owner of a hat shop in Seville to change the name of her premises – though, sadly, there aren’t three points on offer for the victory.

The Gunners first (unsuccessfully) attempted to bring proprietress Alicia Simon before the beak when she opened her ‘Arsenale’ hat emporium and registered the name back in 2007, though the Seville resident has now been told by the Spanish Patent and Trademark Office to change the name of her store after the verdict was delivered earlier in the week.

As quoted by Yahoo, Senora Simon admits to having absolutely no knowledge of Arsenal or of football in general and has pointed out that her shop does not even share the same spelling or pronunciation as the English football club – ‘Arsenale’ being a word which carries ‘more connotations of culture than sport’ in her neck of the woods.

Simon named her shop after the Italian word ‘arsenale’, which was the name given to the shipbuilders’ yards in medieval Pisa and Venice. Her premises are in Seville’s ‘Arenal de Sevilla’ district – where the city’s ancient shipyards were located, hence the choice of name.

Quite what implications the club thought would be bought about by people confusing ‘Arsenale’ with the Emirates Stadium would have is beyond me – unless they were genuinely worried about congestion and crowd trouble when 45,000 fans attempted to file in to a tiny ‘hat, shoe and umbrella’ boutique in the dockside district of Seville for the next home game?

Score one ‘dick move’ for the Arsenal legal department.