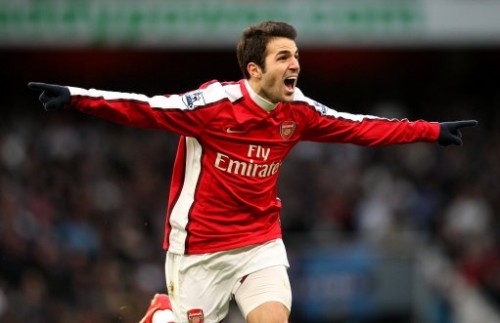 Despite finally making the move to his boyhood club Barcelona, Cesc Fabregas still has feelings for Arsenal, according to his latest Tweets.

The World Cup winner was reported to have told Sport Magazine that Arsenal had no chance of winning a trophy soon, a state of affairs which played a big part in his decision to quit north London.

However, in response to the story, the midfielder Tweeted: “Id never speak 1 bad word abt AFC, here there’s once more prove that so many people put in newspaper wtv they want and its not professional.”

“I want Arsenal to be successful as much as every single fan. Thats not why i left, it was never in my mind. AFC made me who i am today.”

Surely Arsenal should now start their own concerted media campaign to get Cesc back? – force an Arsenal jersey over his head, repeat over and over again that he has “Arsenal DNA”, and then offer Barcelona a derisory sum of money to buy him. It wouldn’t work, but it would be fun to watch.