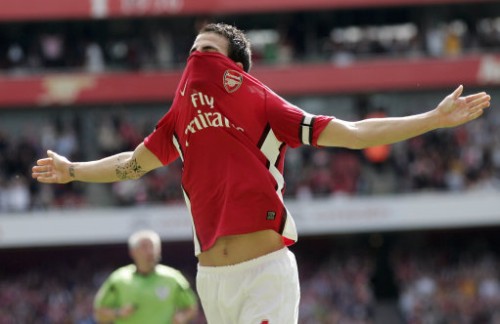 You can (obviously) believe everything you read at Pies, but as for everywhere else, don’t believe a word. “Sport” magazine caused a bit of a furore recently when they printed an interview with Barcelona new-boy Cesc Fabregas, in which the former Arsenal captain was quoted as saying that he left the Gunners as they had no chance of winning a trophy in the foreseeable future.

Well, surprise surprise, it seems that the whole piece was as credible as Paul Merson’s TV punditry career. Indeed, Cesc has since Tweeted:  “Got the apology and retraction from that magazine that made up an interview about me. Can’t believe some journalists. I will also get……..damages that I will give to charity. Hope it teaches them a lesson. I would NEVER say a bad word about Arsenal Football Club.”

He may have left Arsenal, but he certainly seems to have a left a little piece of his heart in north London.