Following the Gunners’ less-than-impressive 3-1 Carling Cup home victory over Shrewsbury Town during the week, the newspapers were quick to note the attendance at that game at the Emirates, (46,539) which was well below the stadium capacity.

However, the papers weren’t so quick to highlight the far smaller crowds at the likes of the Etihad Stadium during the other mid-week Carling Cup games, something that obviously irked Arsenal themselves.

Indeed, in a rather clever move by the club, they have published the attendances from all the Premier League and Carling Cup games from the last week on their website, with only Manchester United’s league clash with Chelsea at Old Trafford bettering that Shrewsbury game attendance.

A bold move from the usually torpid Arsenal PR team. 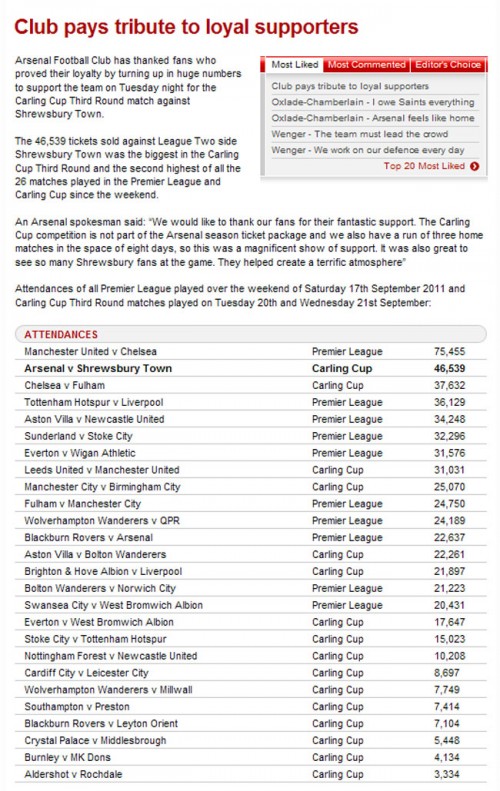