Jack Wilshere has been bandying this snap of Robin van Persie (aged 13/14?) in his bedroom with his prized Arsenal shirt, classic Kappa shorts, Feyenoord bedspread and what appears to be an Ostrich egg painted like a football between his feet around on Twitter all morning (as well as trying to ascertain which of the two is the better looking for some reason)… 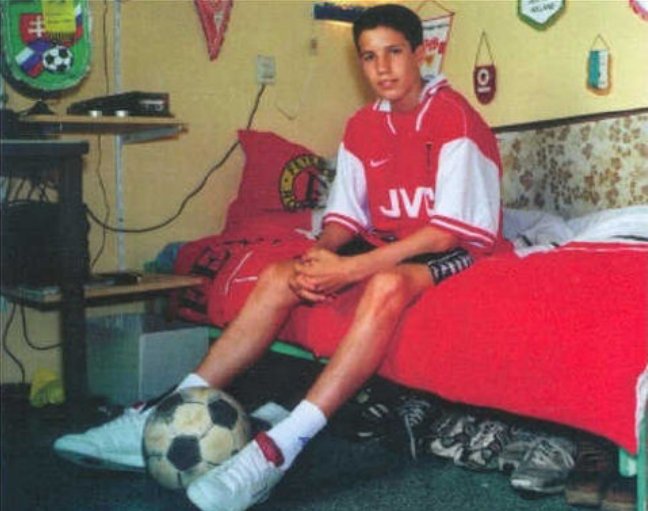 Two things: Firstly, club pendants are officially the bee’s knees and, secondly, would you have a gander at those sparrow legs! Like a pair of Dutch twiglets.