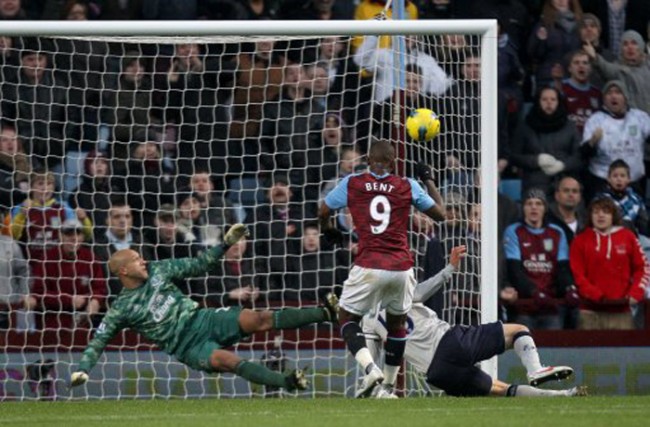 Alex McLeish’s Villa side once again struggled in front of their home fans, drawing with Everton to make it just three wins out of 10 home league fixtures for the Villans.

Everton started with new signing Darron Gibson in midfield and loanee Landon Donovan up front, and it was the Toffees who impressed in the early stages of the game. Indeed, only for a couple of superb Shay Given stops, the visitors could have been a couple of goals up by half time.

However, it was the Villans who eventually opened the scoring, with Darren Bent netting after good work from Stephen Ireland. Not long after the goal, David Moyes subbed off Dutch midfielder Royston Drenthe, replacing him with Victor Anichebe, and the switch did the trick for the Toffees on 69 minutes. Donovan was the architect of the equaliser, with his superb defence-splitting pass setting up Anichebe who slotted past Given.

McLeish threw up another MLS loanee, Robbie Keane, to try to secure all three points for the home side, but ultimately Villa once again failed to impress on home turf.

Both sides stay in mid-table, but Moyes will no doubt be the happier of the two bosses, with both Gibson and Donovan impressing for the Toffees.