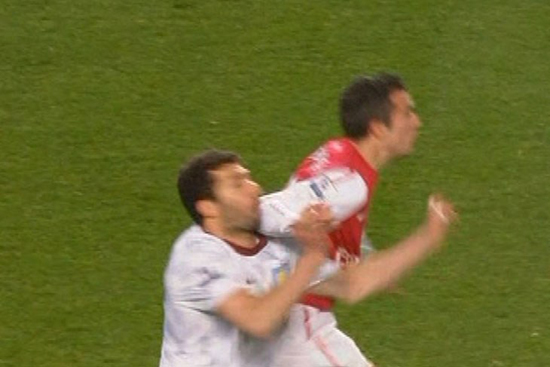 After watching his side throw away a two-goal in a bizarre seven-minute second-half capitulation at the Emirates, Aston Villa boss Alex McLeish is apparently desperate for some kind of retribution, with Arsenal captain Robin Van Persie firmly in his sights.

The Scottish manager claims that the Dutch striker, who scored two penalties in the game, launched a pre-meditated elbow into the face of Villa’s Carlos Cuellar during the game. Now McLiesh wants The FA to investigate.

The Villa boss has always been one to laud the physical nature of this ‘man’s game’, so it is simply a question of sour grapes, or does Van Persie indeed have a case to answer for? Watch the video evidence here and judge for yourselves…