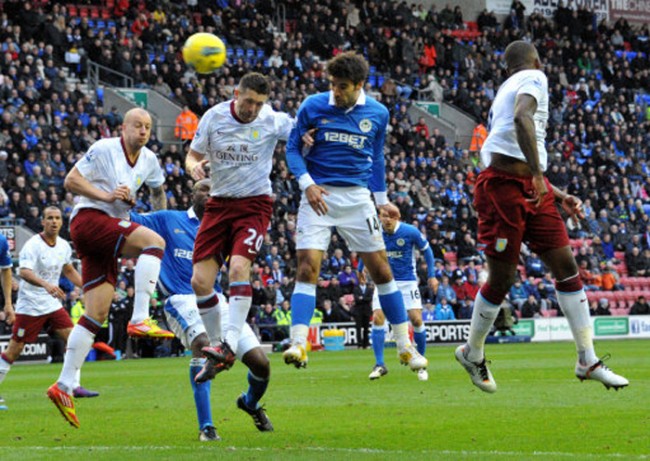 The hiring of Alex McLeish by Aston Villa was always something of a strange decision. Villa, a club with a history of playing good football, put their faith in a man whose trademark footballing style is the epitomé of dour.

And so, entering the final third of this Premier League campaign, the Villans find themselves 15th in the league after another mediocre performance.

Wigan deserved more than a point from this game, but for all their impressive passing, they failed to creat too many clear-cut chances. Hugo Rodallega and Franco Di Santo came closest to opening the scoring for the home side late on, but ultimately a lack of a cutting edge would cost the Latics two points.

Villa’s best chances came courtesy of Darren Bent and Robbie Keane, with the former succumbing to an injury late on that will keep him out of England’s game with the Netherlands in midweek.

Wigan stay bottom while the boos from the travelling  fans at the end of the game highlighted just how much work McLeish has to do if he is to win the support of the Villa faithful.