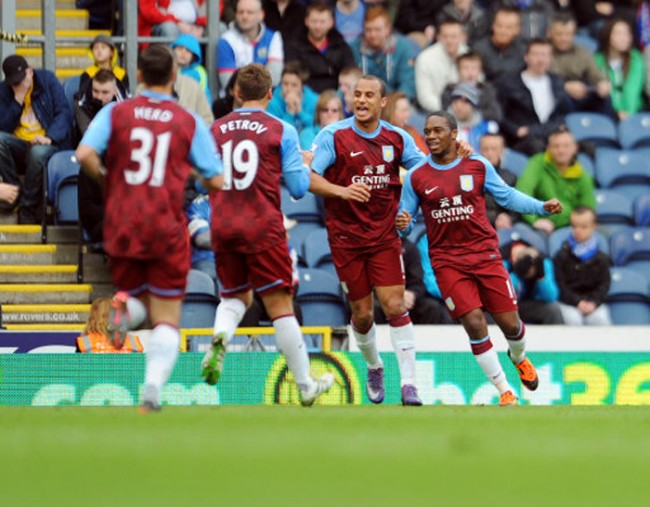 Aston Villa travelled to Ewood Park without the injured Darren Bent and Robbie Keane, who has returned to the USA ahead of the new MLS season. However, despite having an understrength forward line, the Villans dominated the first period against a Blackburn side desperate for points.

Gabriel Agbonlahor had already tested Paul Robinson in the Rovers’ goal before Charles N’Zogbia, a major disappointment for Villa this season overall, finally opened the scoring on 24 minutes. The Frenchman blasted home after excellent play from Carlos Cuellar and the winger should have doubled the lead for the visitors, only to see his effort well saved by Robinson.

Booed off at the break, Rovers were a different side in the second-half, with subs David Dunn and Marcus Olsson adding some much needed energy for the home side.

Villa still had chances to extend their lead but with just five minutes left on the clock, Dunn snatched the equaliser, heading home a Bradley Orr cross to earn Steve Kean a vital point.

Alex McLeish’s Villa stay eight points clear of the drop-zone (probably enough to keep them safe for another year), while only goal difference keeps Rovers in the bottom three.