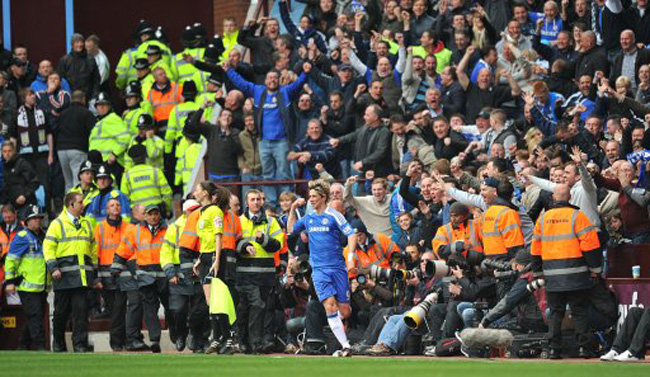 Aston Villa captain, Stiliyan Petrov, just 24 hours after he was diagnosed with acute leukaemia, was present at Villa Park on Saturday, where he received a fabulous welcome from fans and players alike. However, on the pitch, the Villans couldn’t give their captain a winning performance against a Chelsea side who were desperate to stay in the race for fourth spot in the table.

Daniel Sturridge opened the scoring after just nine minutes after Fernando Torres’ effort was parried by Shay Given. With Juan Mata dictating the play for the visitors, a young Villa side struggled to impose themselves on the game, and eventually the second goal came for the Blues, albeit not until the 51st minute. Branislav Ivanovice was the scorer this time, prodding home a cross from Mata.

Roberto Di Matteo’s side looked well in control until, with just 13 minutes, defenders James Collins and then Eric Lichaj both scored to level the game. Villa pushed for a winner but were eventually caught out, firstly by Ivanovic again and then by Fernando Torres who netted his first league goal in six months.

While Chelsea stay in the hunt for a Champions League place, Alex McLeish’s Villa side now find themselves just five points clear of the relegation zone.