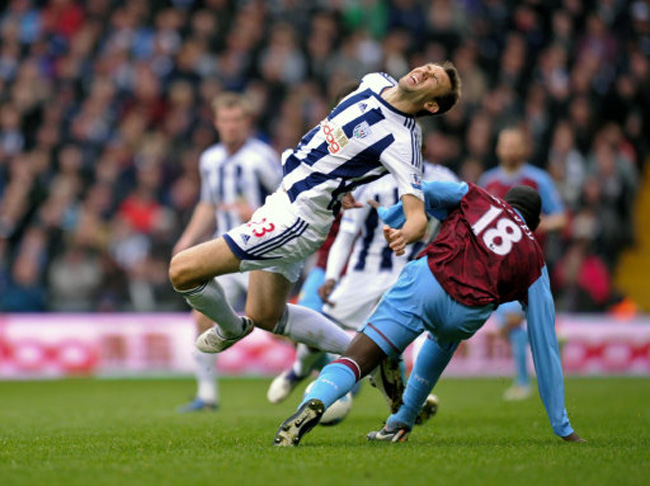 It was never the most glamorous of ties, with Aston Villa arguably the dullest side in the top division. However, despite the lack of goals, both sides did their best to give the crow at the Hawthorns something to shout about.

The Baggies should have won a penalty kick when Alan ‘mad dog’ Hutton blatantly handled the ball in the box, but nothing was given.

The point edges Villa away from the drop-zone, although they are still just three points clear. Roy Hodgson’s side, on the other hand, remain in the top 10.

Apols for the small number of photos below, but apparently the press photographers  decided to look elsewhere for some excitement in the Midlands yesterday.