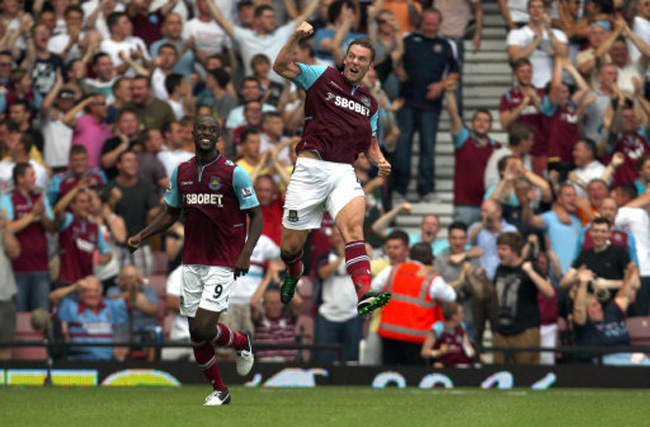 Big Sam is is back in the big time and got off to the best possible start on Saturday, as the Hammers secured all three points against an Aston Villa side that looked little better than 2011/12’s version, despite the arrival of Paul Lambert.

Although Villa started brightly, they soon faded and look like a side in need of a major (and probably costly) overhaul. Kevin Nolan was the goal hero for the eastenders, scoring just before half-time after good work from Ricardo Vaz Te.

Lambert has one hell of a job ahead of him if he is to get the Villans both playing a more attractive brand of football and challenging for Europe. As for Allardyce, his long-ball ethos is sure to trouble many a Premier League defence this season.