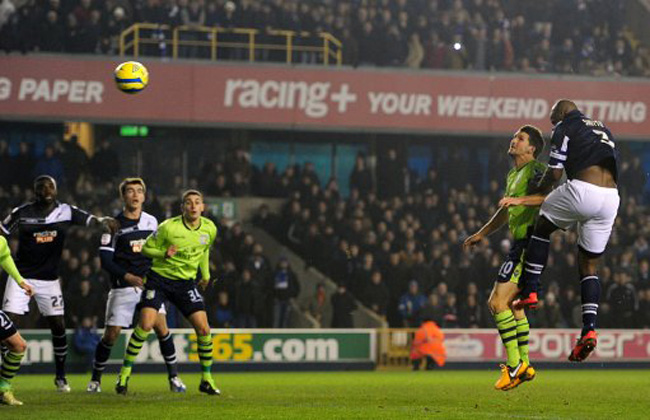 Not content with ballsing-up their chances of securing a Wembley appearance in the Capital One Cup, Paul Lambert’s sorry Villans made it two dismal cup exits in three days on Friday night, going down 2-1 to Millwall at the New Den.

Recalled striker Darren Bent had put the visitors a goal up on 22 minutes with a mis-hit effort. However, it only took the Lions five minutes to level the scores, courtesy of a header from Danny Shittu.

After the break, the home side started to dominate as the Villans failed to muster much of an attacking threat. And then, with just a minute of normal time to play, Adam Smith whipped a cross into the Villa box which was met by the head of John Marquis. The ball rebounded back off the crossbar only for the striker to nod the ball home.

Despite a large amount of stoppage time, Villa still couldn’t get that vital goal as their hideous season went from bad to worse.

Apparently, Lambert’s job is safe even if his side are relegated. But surely, either a change of manager, or a loosening of the Villa purse-strings is required immediately because  with a squad that poor and results that awful, the future looks very very bleak for the Birmingham giants.