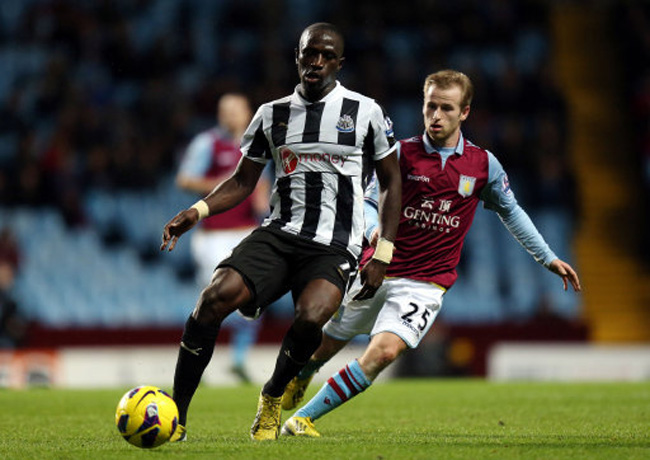 With reinforcements from across the Channel in place, Alan Pardew’s Franco-football team secured a vital 2-1 win away at Villa Park on Tuesday night.

New-boys Moussa Sissoko and Yoan Gouffran both started, with the former blossoming in his first taste of Premier League action. The midfielder even set up the Magpies’ opening goal, courtesy of a superb through ball which was finished off with ease by Papiss Cissé.

Villa did their best to fight back, with Charles N’Zogbia rattling the woodwork, but then, on the half-hour mark, Yohan Cabaye doubled the Magpies’ advantage. Picking up Ron Vlaar’s poor clearance, the French international fired past Brad Guzan to make it 2-0.

Despite making a rare start for the Villans, Darren Bent was hauled off at half-time. His strike-partner Christian Benteke did get one back for the home side, courtesy of a spot-kick, and that goal gave Paul Lambert’s men some hope. However, despite producing a much-improved final flourish, Villa couldn’t get that all-important second goal.

The Birmingham side drop into the relegation zone, albeit only on goal difference, while the Magpies go 15th.