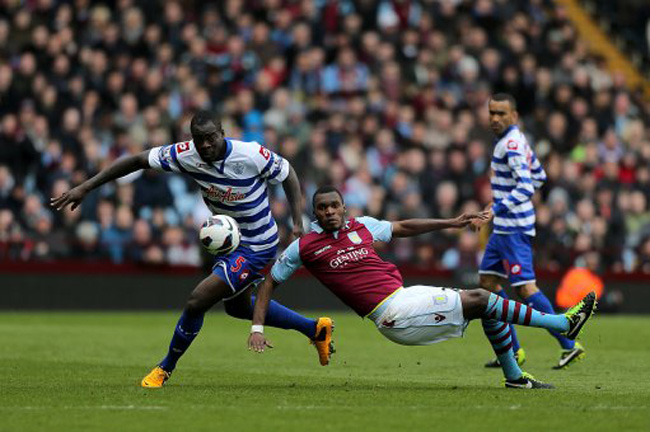 Christian Benteke was, once again, the saviour of Aston Villa on Saturday, with the striker’s late goal securing all three points for the Villans in their relegation clash with QPR.

Revitalised midfielder Jermaine Jenas opened the scoring for the Hoops on 23 minutes in what was a lively affair. Indeed, the west Londoners created the best chances in the first period, with Chris Samba, Loic Remy and Jose Bosingwa (hitting the woodwork) all going close. However, on the stroke of half-time, Villa broke swiftly, with Gabriel Agbonlahor nodding home a Matthew Lowton centre.

In the second half, the home side improved and started to control the game, with Andreas Weimann putting his side ahead on the hour-mark. However, the Hoops would get themselves back into the game on 73, when Spurs loanee Andros Townsend fired home via a Ron Vlaar deflection to set up an exciting final act.

Belgian Benteke has been Paul Lambert’s go-to-guy on numerous occasions this season, and once again, with less than 10 minutes to go, the attacker delivered firing home, unmarked, from inside the box. And that was that.