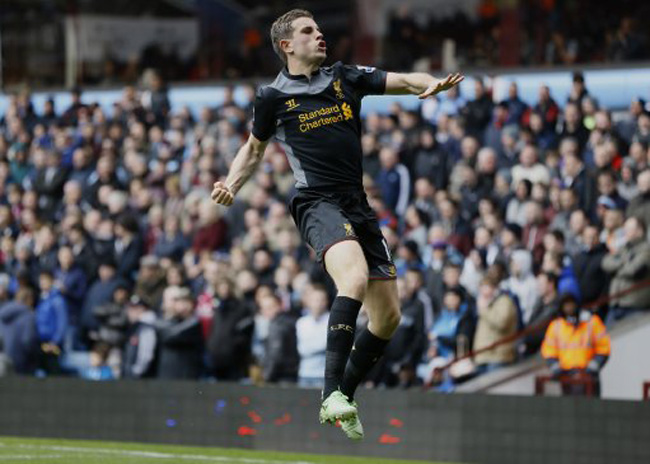 Not being able to hold onto their leads has been a key factor in Aston Villa’s disappointing campaign and once again, against Liverpool on Sunday, the Villans blew a lead and ultimately lost the game.

Christian Benteke yet again was the goal-hero for Paul Lambert’s men, powering home a shot past Pepe Reina on the half-hour mark. However, after the break the visitors got themselves back into the game courtesy of a fine dinked effort from Jordan Henderson after a superb defence-splitting pass from Philippe Coutinho. The Reds then went ahead after Nathan Baker brought down Luis Suarez in the box, with Stevie G firing home.

Villa stay in 18th place, just behind Wigan on goal difference while Brendan Rodgers’ Reds move to within three points of Everton.