Built on the site of an old Victorian amusement park in 1897, Villa Park is one of English football’s oldest and grandest stadiums so we thought we’d give it the old “Black-And-White-Years” treatment.

Sadly, as Villa Park was regularly used to stage FA Cup Semi Finals in days of yore (before the FA realised they had better start staging everything they possibly can at New Wembley if they are to ever to pay the damn thing off) there aren’t an awful lot of photos in the Pies archive of Villa’s stadium actually full of Villa fans – but hey ho, it’s still a darn fine looking football ground regardless… 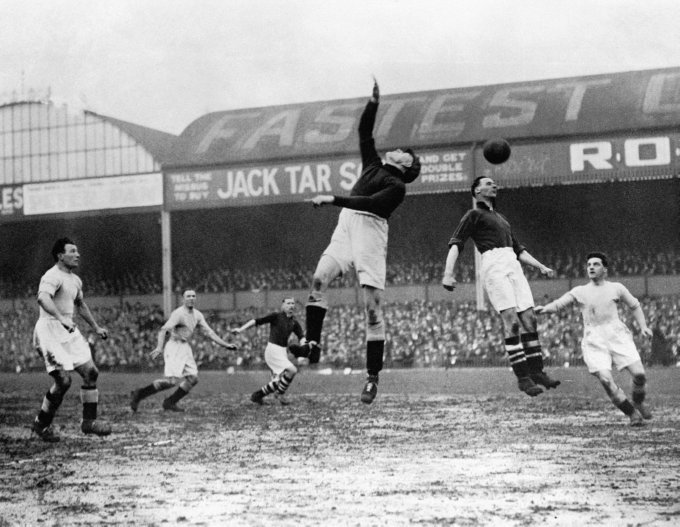 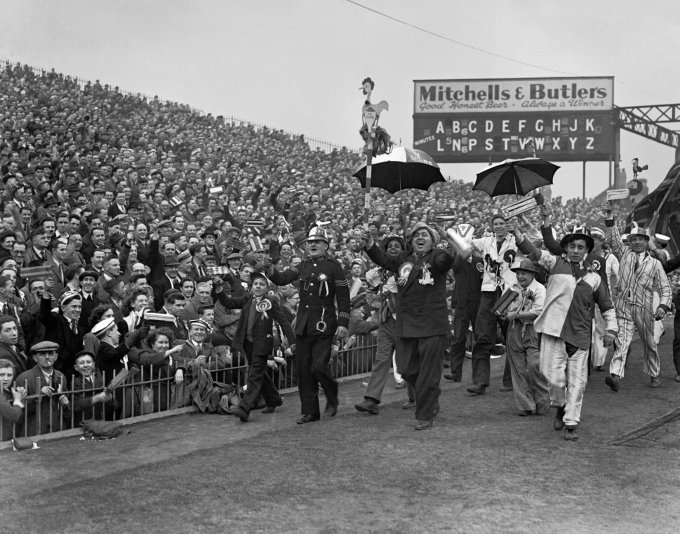 Blackpool and Tottenham fans parade around Villa Park in front of a 70,000 crowd gathered to watch the FA Cup Semi-Final between the two side, 1948 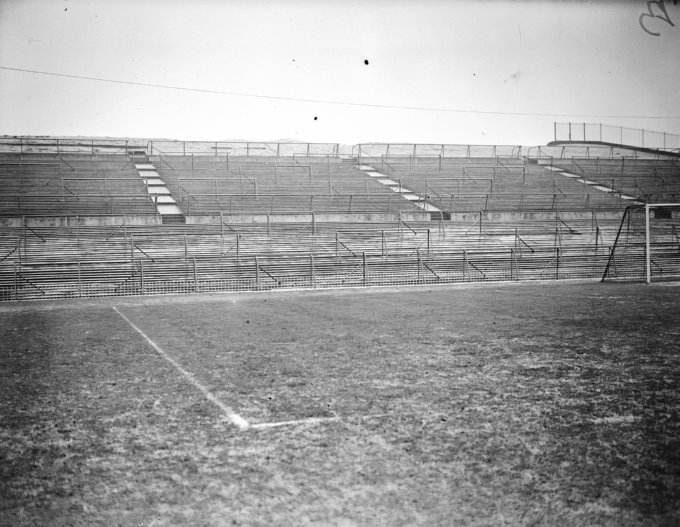 The rickety, wooden North Terrace at Villa Park as it looked in 1949 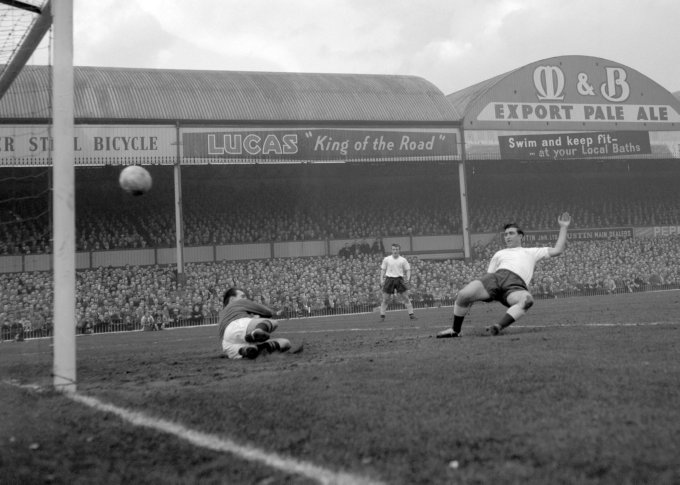 Aston Villa keeper Geoff Sidebottom lies prostrate on the turf after being wrong-footed by a deflection off his own defender as Tottenham fortuitously take the lead at Villa Park, 1961 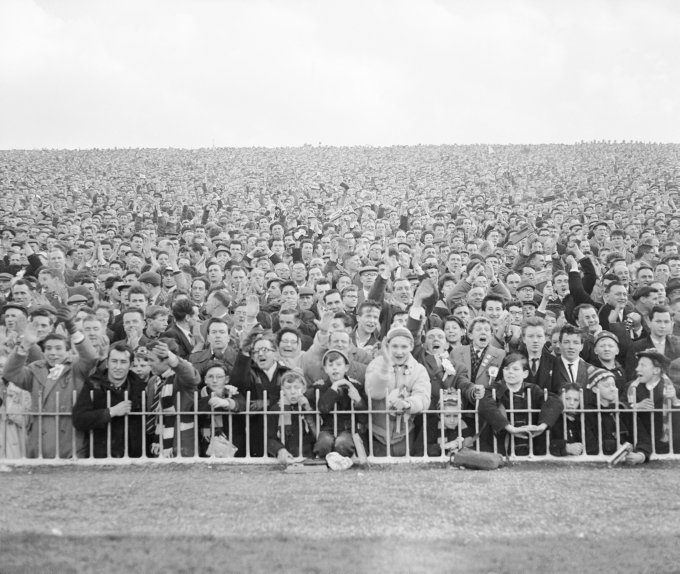 Another huge crowd crams onto the Villa Park terraces to watch Aston Villa’s Fifth Round FA Cup tie against Tottenham, 1961 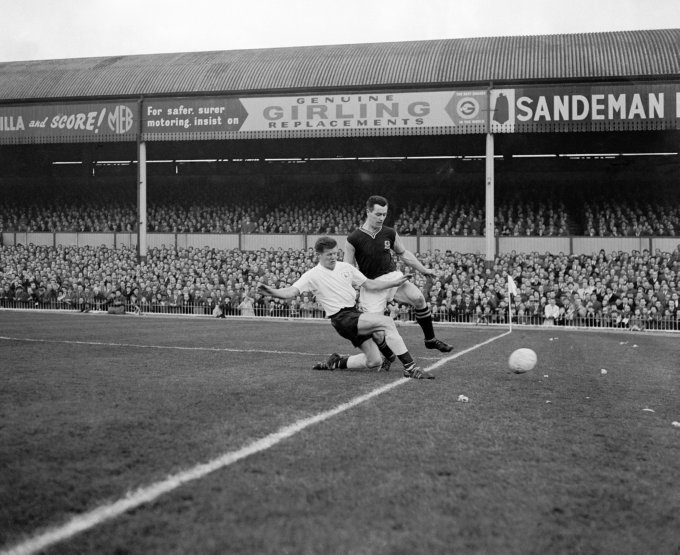 Tottenham right-back Peter Baker gets a foot in and stops Villa’s outside-left Peter McParland in his tracks, 1961 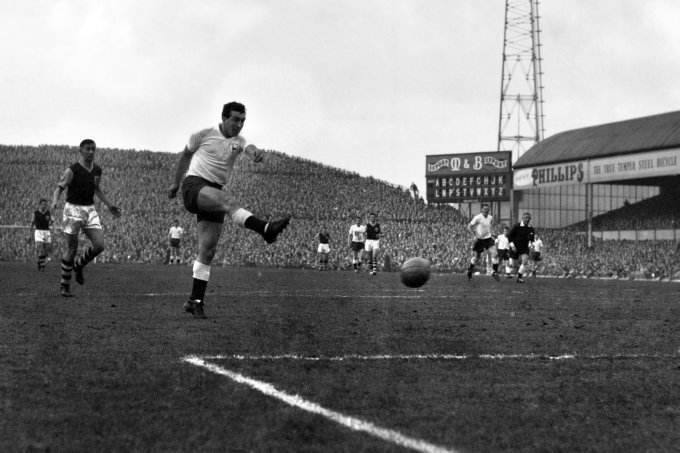 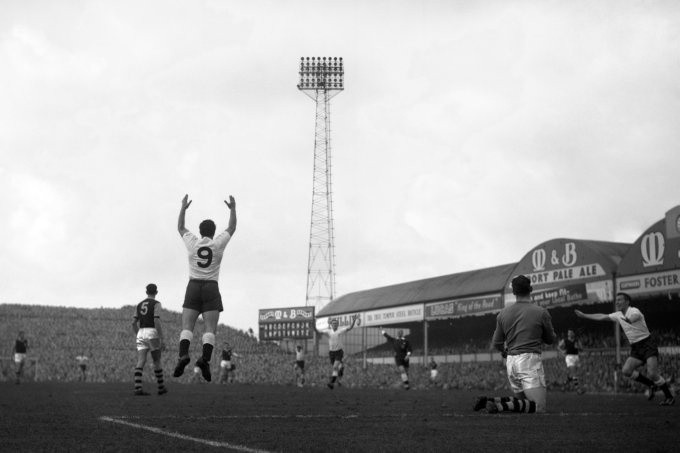 …and celebrates his opener accordingly, 1961 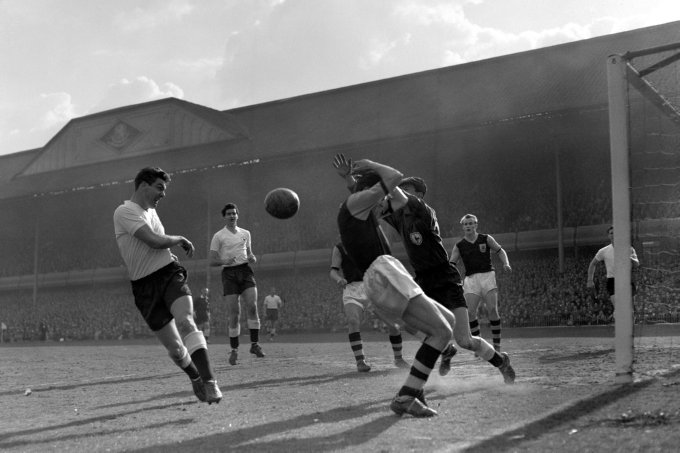 Tottenham’s Ronald Henry fails to break down Burnley’s unorthodox defence at Villa Park with the Trinity Road Stand and it’s famous old gable (completed in 1922) in the background, 1961 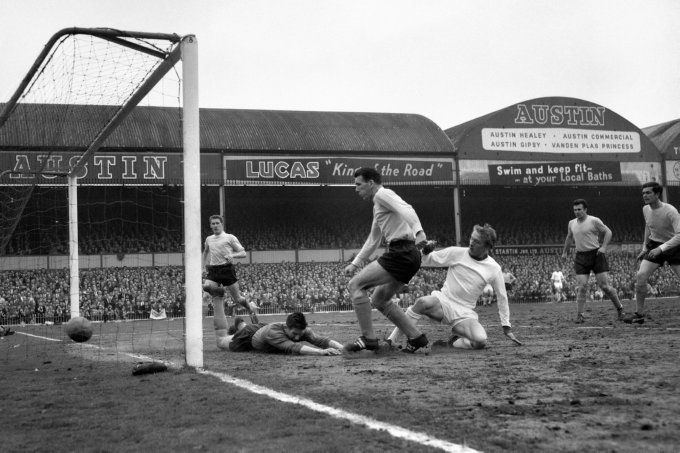 Denis Law gets his pristine white Manchester United strip dirty to prod home the only goal of the game during United’s FA Cup Semi-Final at Villa Park, 1963. Law’s strike put United through to the final against Leicester, which they won 3-1 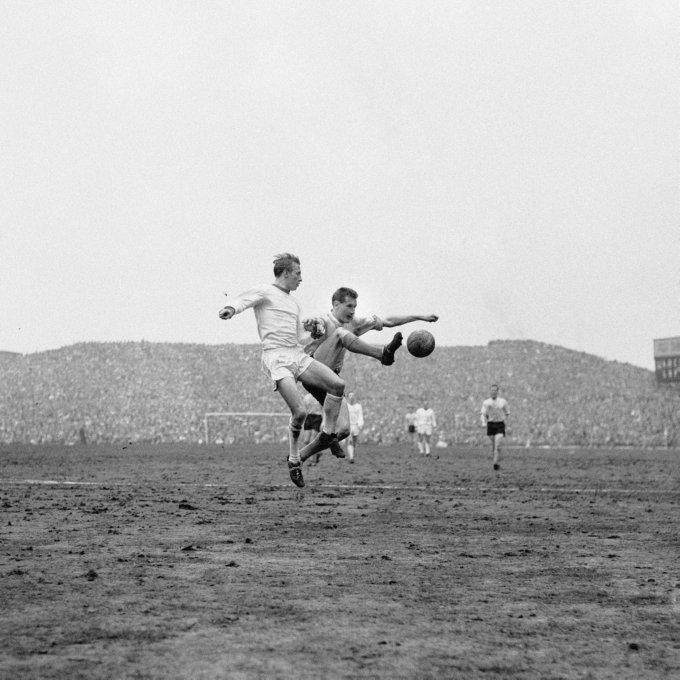 Burly Southampton centre-half Tony Knapp battles Denis Law for the ball as the full expanse of the Holte End roars him on, 1963 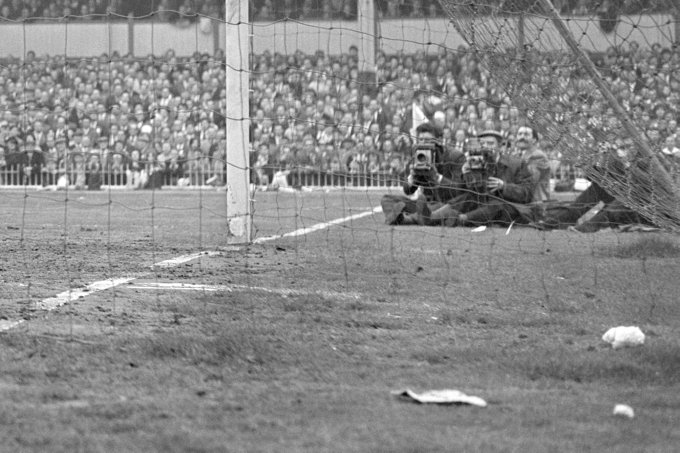 Photographers at the side of the goal at Villa Park, 1963 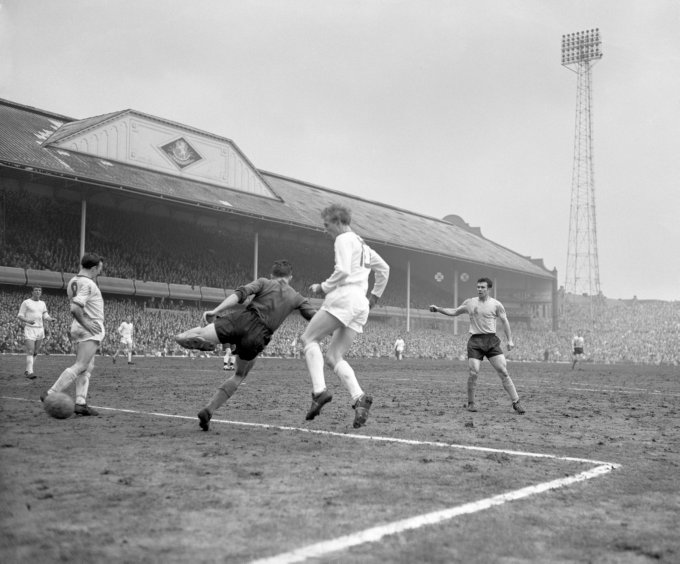 The Trinity Road stand in all its glory, 1963 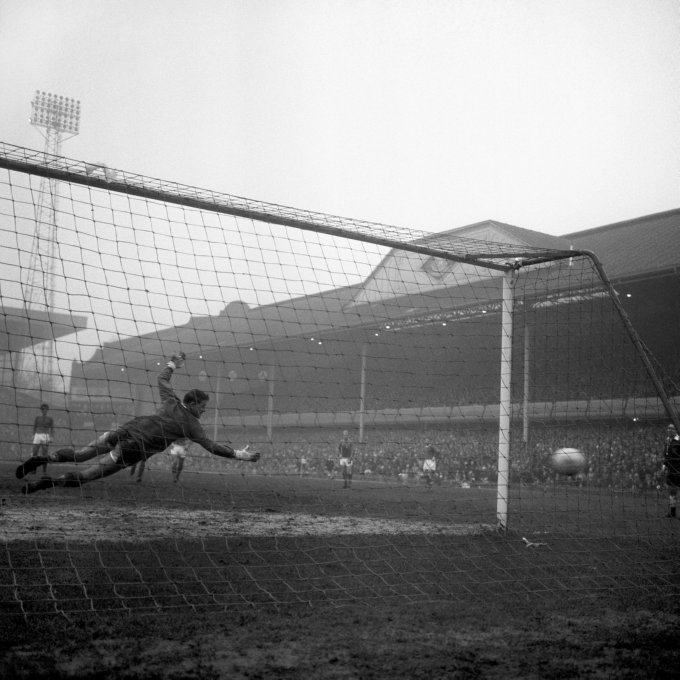 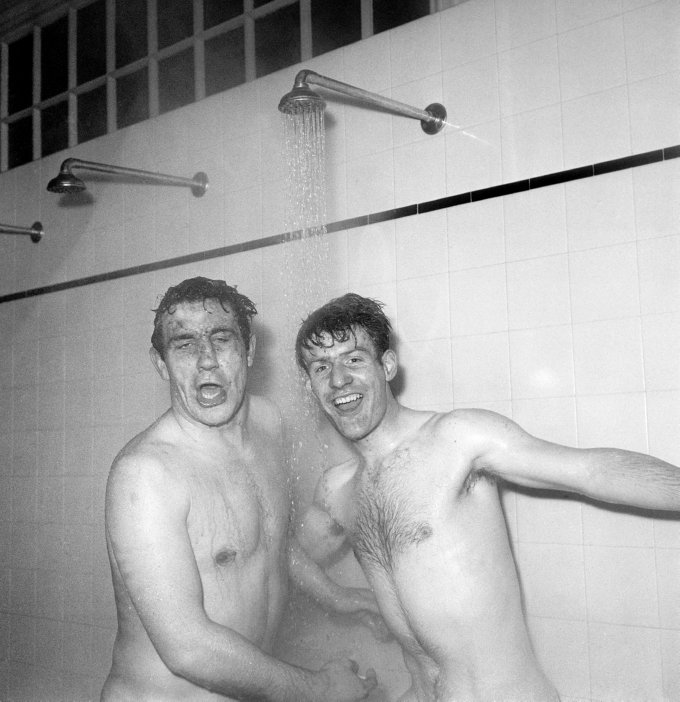 Preston players Alex Dawson (left) and George Ross (right) shower off after the match against Swansea, which Preston won 2-1 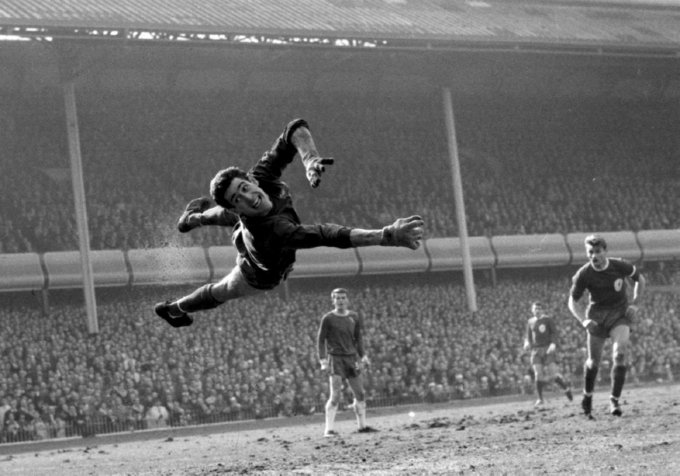 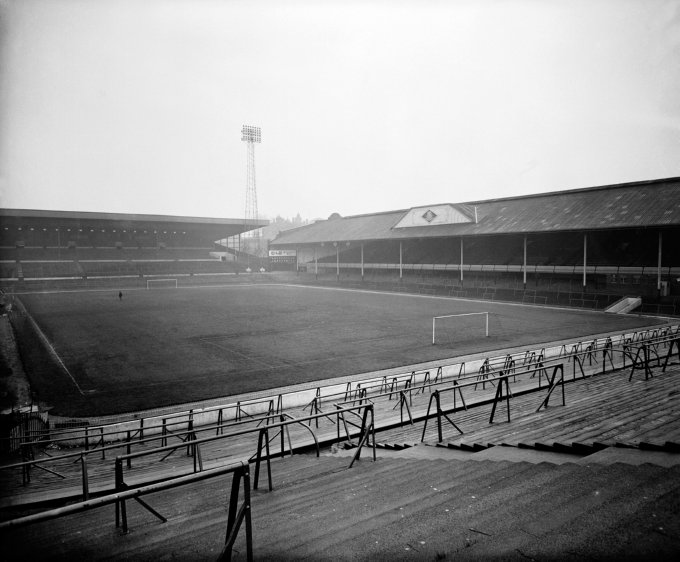 Villa Park circa 1966, the year in which Villa’s ground served as one of the eight World Cup host stadiums 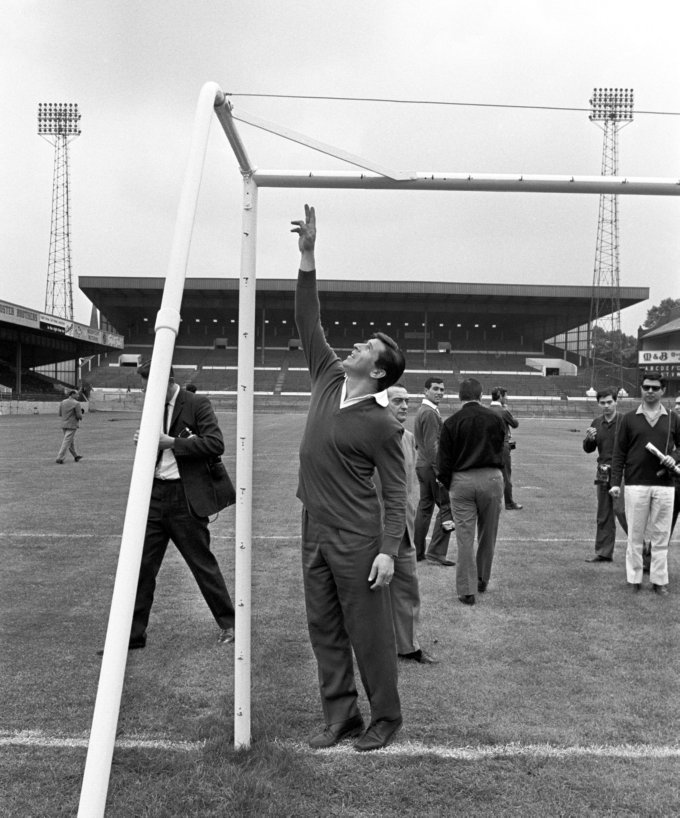 Argentina goalkeeper Antonio Roma checks the height of the Villa Park crossbars as he and his teammates inspect the venue for their opening World Cup group game, 1966 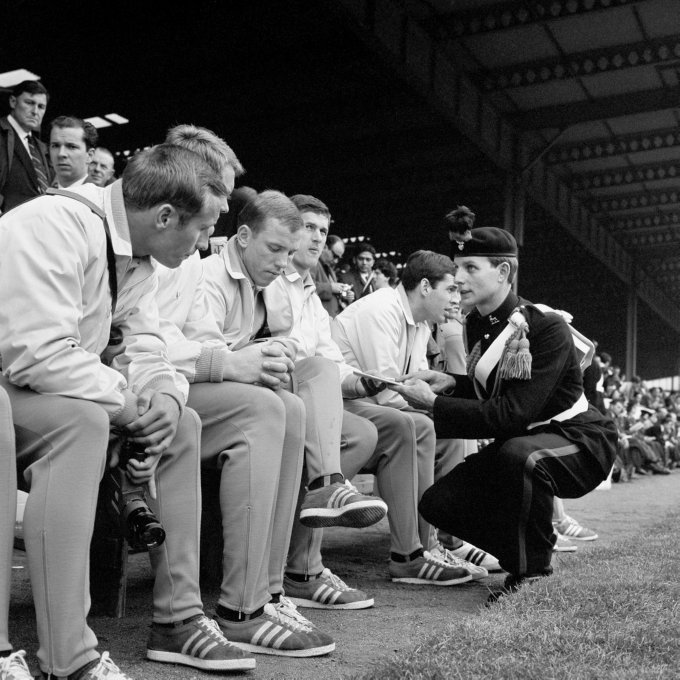 A soldier from the Royal Warwickshire Regiment collect autographs from non-playing members of the West Germany squad as they watch their group game against Argentina from the Villa Park benches, 1966 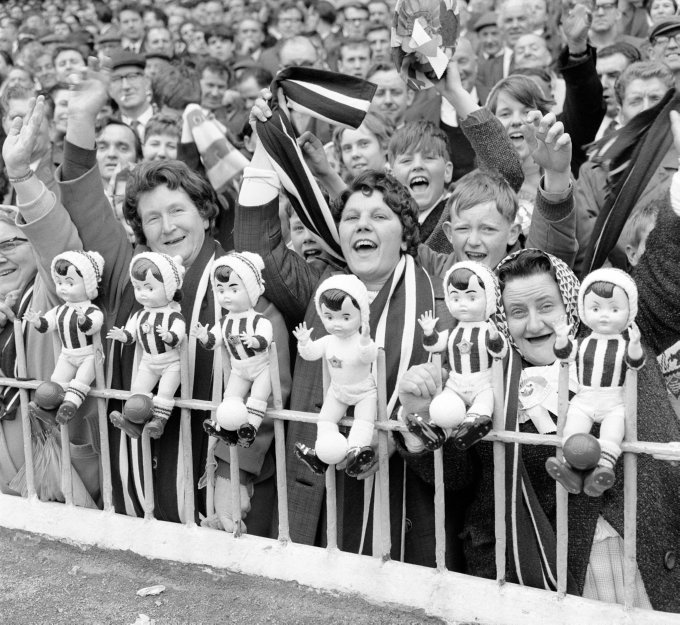 West Bromwich Albion supporters line their dolls up on the pitchside fencing at Villa Park as they watch their side’s 2-0 victory over Birmingham City in the FA Cup Semi Final, 1968 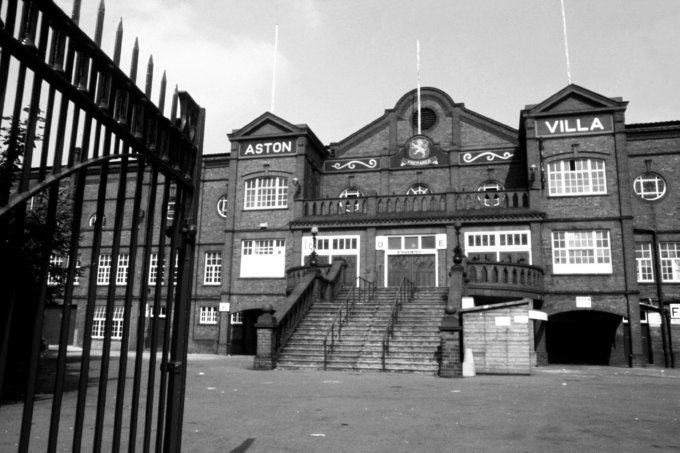 The front gate of Villa Park and the famous brick facade, which backs onto the Trinity Road Stand, as it looked in 1969

We’ve got a few bits of curio to chuck in here, beginning with the proposed plans for the remodeling of Villa Park as proposed by architect Archibald Leitch in 1914… 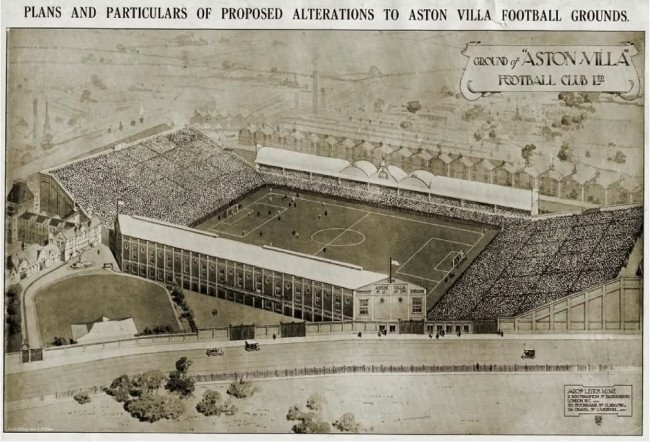 And here’s a shot of the North Stand at Villa Park circa 1982. Note the rather swish ‘A’ and ‘V’-shaped floodlights… 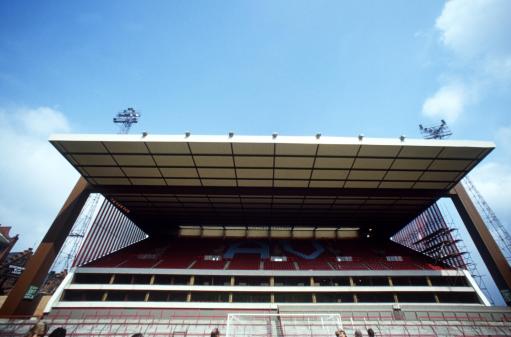