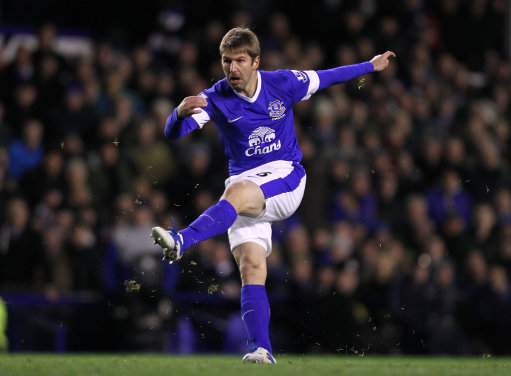 Former Aston Villa, West Ham and Everton midfielder Thomas Hitzlsperger has announced that he is gay during a long, full-length interview with German newspaper Die Zeit, in which he admitted he has chosen to publicly come out as he has his sights set on “taking the discussion around professional athletes and homosexuality forward”.

Hitzlsperger, who retired from the game back in September of 2013 after a very decent career in which he earned 52 Germany caps and played at World Cups and European Championships, told Die Zeit:

“It’s been a long and difficult process. Only in the last few years have I realised that I preferred living together with a man.

“In England, Italy and Germany being a homosexual is no big thing, at least not in the dressing room. I have never been ashamed for the fact that I am like I am.

“I was never ashamed of being who I am but it was not always easy to sit on a table with 20 young men and listen to jokes about gays.

You let them get on with it as long as the jokes are somewhat funny and not too insulting.

“Being gay is a topic that is ignored in football and not a serious topic in the changing room.

The full interview is available here (in German) if you wish to peruse it further.

So there you go. Like the man himself said, it’s no big deal. All the best to him.